The collection of the William Tyndale museum in Vilvoorde started with a gift from a private collector to the William Tyndale Church in 1982 (now named William Tyndale-Silo Church). The fledgling museum was located in the basement of the church building in the Lange Molensstraat, not far from the place where Tyndale was executed. The museum opened in October 1986, in the 450th memorial year of Tyndale’s shameful execution. 23 years later church and museum moved to the “Tuchthuis”. This former prison had been erected on the other side of the river Zenne, “outside the walls”, in the proximity of the place where Tyndale’s ashes were strewn into the Zenne. It was built on foundations for which stones were used from the castle where William Tyndale had been locked up, and in which he frantically worked on his famous and in the Anglo-Saxon world historically important Bible translation during the months before his death.

You enter the museum through a long corridor, flanked on one side by old prison cells. On the opposite wall an overview of Tyndale’s life situates the Bible translator in his epoch. In addition to figures like Henry VIII and Thomas Moore, William Tyndale’s personal life is focussed upon, from his birth in Gloucestershire through his education in both Oxford and Cambridge and his translation work until his death. In this same part of the museum your attention is drawn to the history of the first memorial monument in Vilvoorde, which came about thanks to the Trinitarian Bible Society and which is still maintained from its fund.

For the spiritual legacy of Tyndale you have to enter the second part of the museum, with its collection of valuable objects. Here you’ll find beautiful facsimiles of his first New Testament (1526) and his Commentary on the letter to the Romans, as well as reissues of his Christian life and of the discussion with Thomas Moore on the Lord’s Supper.

William Tyndale was a Bible translator and a martyr. In that glorious but also infamous 16e century where Protestantism flourished, there was also much persecution. Vilvoorde has a bloody past, not only towards Tyndale, as Vilvoorde was a centre of religious repression towards the faith. So the local aspect of what happened in Vilvoorde and the nearby Brussels is mentioned and situated in the broader context of the history of Protestantism in Europe. In addition, perhaps somewhat surprising in this context, you’ll see reproductions of some beautiful paintings by Gillis van Koningslo, the first real landscape painter of the Frankenthaler Schule.

An important part of the museum deals with the history of the Bible and its translation in Europe (and also a bit beyond). The various translations in the Dutch language area are put into the spotlight by, amongst others, a 17th century Statenbijbel in Gothic letters , several facsimiles from the 15th and 16th centuries and some re-editions of Bible translations. A dozen historic Bible translations are displayed.

A last part of the permanent collection is Numismatic. Here you can look at memorial medals and protestant rebel “geuzen” medals, from a facsimile of a medal from 1566 up to contemporary medals.

From 18 April to 10 December 2017, the collection was extended with an exhibition revolving around the theme of “500 years Luther”. Here as well the spotlight was first turned towards Luther as a Bible translator, with a facsimile of Luther’s translation from the 16th century. In the same exhibition case quite a few items of his spiritual heritage were to be found, up to a 21st century literal translation. A second display unit treated Luther’s life using biographies. But also a more playful handling of Luther’s legacy found a place in the exhibition, in the third display case, with works that were so diverse as two modern comic books compared to an original 17th century Picture Bible.

Open on Wednesday from 10 to 12 or upon appointment. 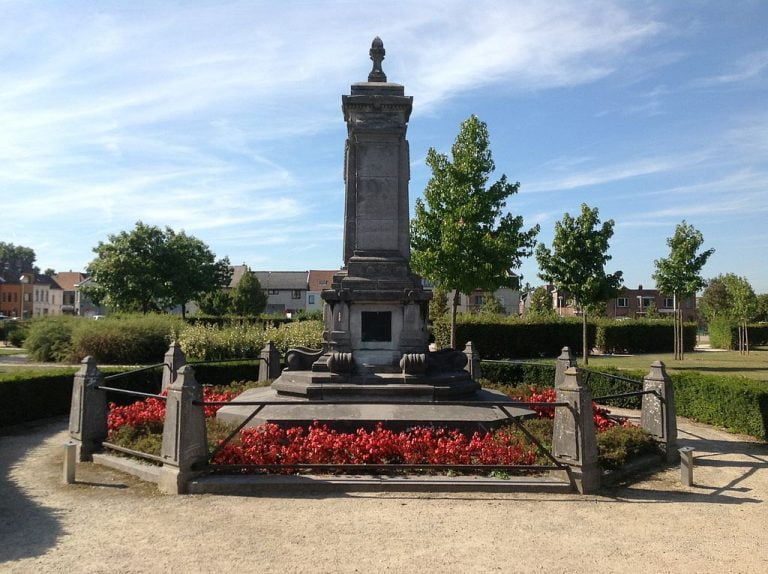 New
0.53 miles
No Reviews
Favorite
Christian Hall of Fame: William Tyndale was ordained as a priest in 1521, having studied Greek diligently at Oxford and Cambridge Universities, specifically the Textus Receptus. He conferred with Luther in Germany and stayed on the continent translating the Bible from Greek into English and smuggling New Testaments into England. He was betrayed by a friend and was arrested in Read more...
View all