28 And he spake kindly to him, and set his throne above the throne of the kings that were with him in Babylon;

29 And changed his prison garments: and he did eat bread continually before him all the days of his life.

30 And his allowance was a continual allowance given him of the king, a daily rate for every day, all the days of his life.

Jehoiachin’s rations tablets date from the 6th century BC and describe the rations set aside for a royal captive identified with Jeconiah, king of Judah.[2][3] Tablets from the royal archives of Nebuchadnezzar king of Babylon were unearthed in the ruins of Babylon that contain food rations paid to captives and craftsmen who lived in and around the city. On one of the tablets, “Ya’u-kīnu, king of the land of Yahudu” is mentioned along with his five sons listed as royal princes.[4] 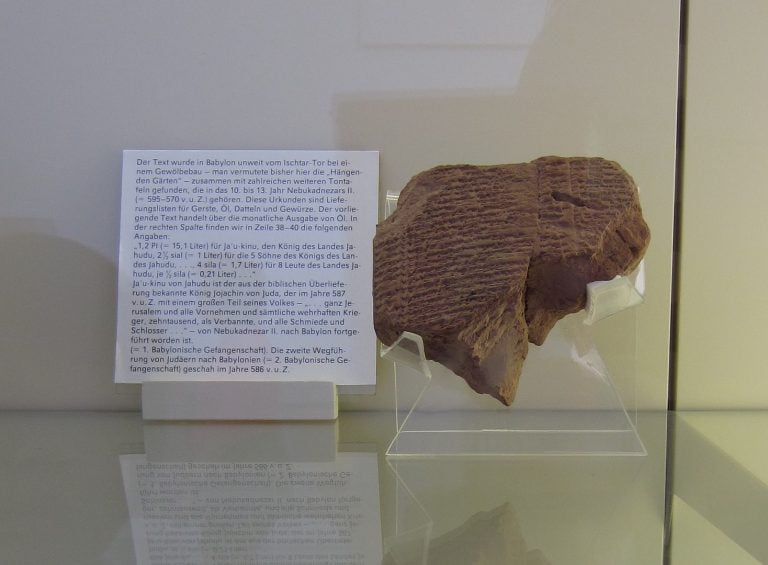