All Saints’ Church, commonly referred to as Schlosskirche (Castle Church) to distinguish it from the Stadtkirche (Town Church) of St. Mary’s – and sometimes known as the Reformation Memorial Church – is a Lutheran church in Wittenberg, Saxony-Anhalt, Germany. It is the site where, according to Philip Melanchthon, the Ninety-five Theses were posted by Martin Luther in 1517,[1] the act that has been called the start of the Protestant Reformation.[2][3] From 1883 onwards, the church was restored as a memorial site[4][5][6] and re-inaugurated on 31 October 1892, 375 years after Luther’s posting.

The main portal was often used by the university staff to pin up messages and notices; it is generally believed that on 31 October 1517, the eve of All Saints’ Day, Martin Luther posted his Ninety-five Theses on the doors of All Saints’ Church. This act, meant to promote a disputation on the sale of indulgences, is commonly viewed to be a catalyst for the Protestant Reformation. Whether the event actually took place or not, however, cannot be conclusively established. Nevertheless, Luther sent his objections in a letter to Archbishop Albert of Mainz on the same day.

Frederick the Wise died in 1525 and was buried in the Castle Church. In the same year, the Lutheran rite was implemented. The church became the burial site of Martin Luther himself in 1546, and of Philipp Melanchthon in 1560.

A mighty fortress is our God,
A bulwark never failing:
Our helper He, amid the flood
Of mortal ills prevailing.
For still our ancient foe
Doth seek to work his woe;
His craft and power are great,
And armed with cruel hate,
On earth is not his equal.

Did we in our own strength confide,
Our striving would be losing;
Were not the right Man on our side,
The Man of God’s own choosing.
Dost ask who that may be?
Christ Jesus, it is he;
Lord Sabaoth is his name,
From age to age the same,
And He must win the battle.

And though this world, with devils filled,
Should threaten to undo us,
We will not fear, for God hath willed
His truth to triumph through us.
The Prince of Darkness grim,—
We tremble not for him;
His rage we can endure,
For lo! His doom is sure,—
One little word shall fell him.

That word above all earthly powers—
No thanks to them—abideth;
The Spirit and the gifts are ours
Through him who with us sideth.
Let goods and kindred go,
This mortal life also:
The body they may kill:
God’s truth abideth still,
His kingdom is for ever. 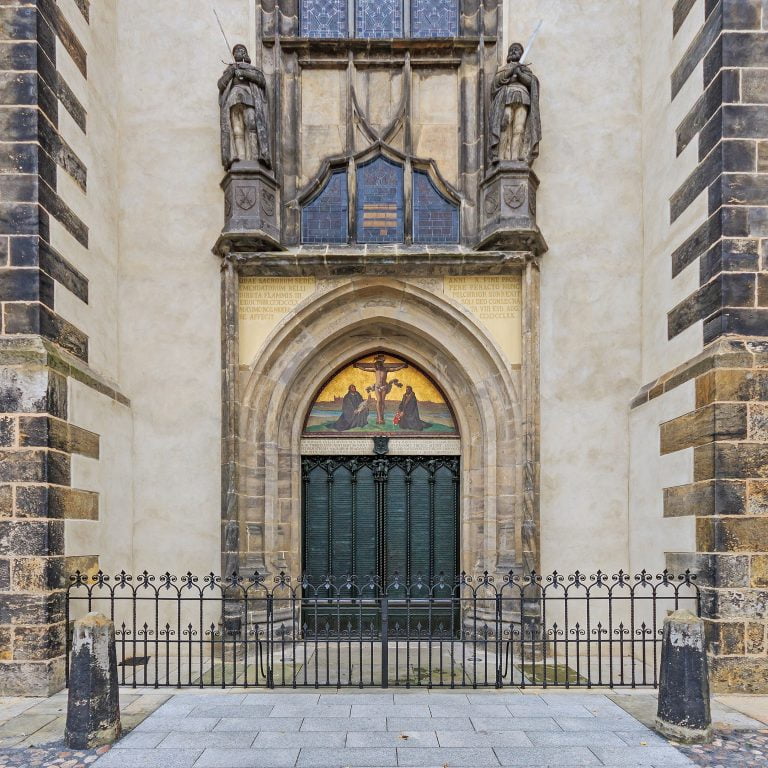 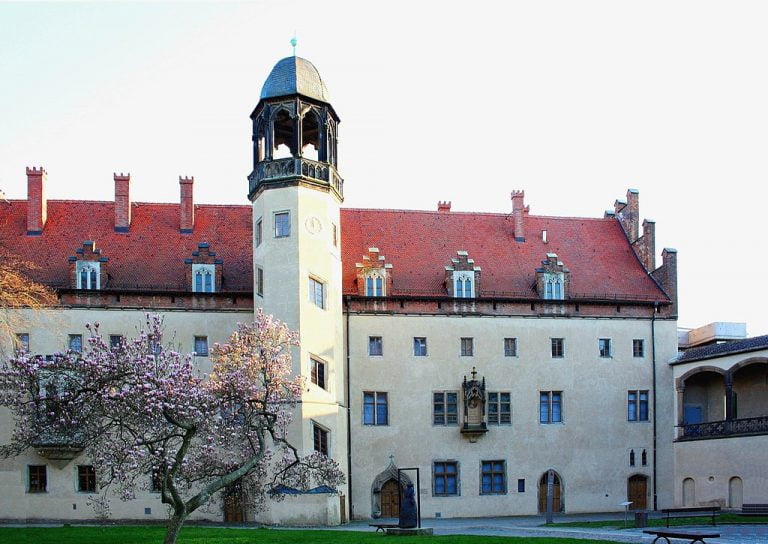 0.64 miles
No Reviews
Favorite
From Wikipedia The Lutherhaus is a writer’s house museum in Lutherstadt Wittenberg, Germany. Originally built 1504 as part of the University of Wittenberg, the building was the home of Martin Luther for most of his adult life and a significant location in the history of the Protestant Reformation. Luther was living here when he wrote his 95 Theses. The Augusteum is an expansion to the original building that was constructed after Luther’s Read more...
View all