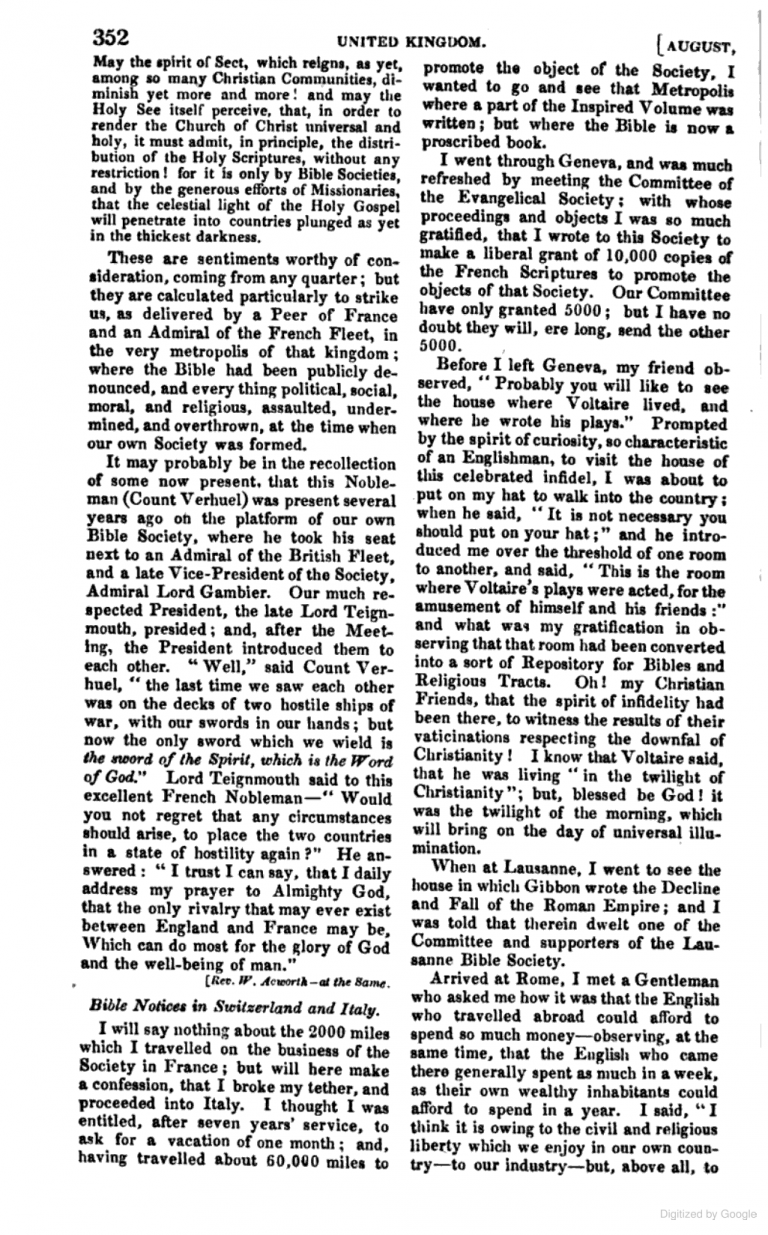 Voltaire was one of the greatest skeptics in history. He declared in his own commentary on the Bible:

“The subject is now exhausted: the cause is decided for those who are willing to avail themselves of their reason and their lights, and people will no more read this.”

And what would happen to his house?

“I went through Geneva, and was much refreshed by meeting the Committee of the Evangelical Society, with whose proceedings and objects I was so much gratified, that I wrote to this Society to make a liberal grant of 10,000 copies of the French Scriptures to promote the objects of that Society. Our committee have only granted 5,000; but I have no doubt they will, err long, send the other 5,000. Before I left Geneva, my friend observed. “Probably you will like to see the house where Voltaire lived, and where he wrote his plays.” Prompted by the spirit of curiosity, so characteristic of an Englishman, to visit the house of the celebrated infidel, I was about to put on my hat to walk into the county, when he said, “It is not necessary you should put on your hat” and he introduced me over the threshold of one room to another, and said, “tis the room where Voltaire’s play were acted for the amusement to himself and his friend.” And what was my gratification in observing that that room had been converted into sort of Repository for Bibles and Religious Tracts. Oh! my Christ Friends, that the spirit of infidelity had been there, to witness the results of other vaticinations [acts of prophesying] respecting the downfall of Christianity! I know that Voltaire said, that he was living “in the twilight of Christianity” but blessed be God! It was the twilight of the morning, which will bring on the day of universal illumination”

Learn more about the truth that underlies the “urban legend” about Voltaire. 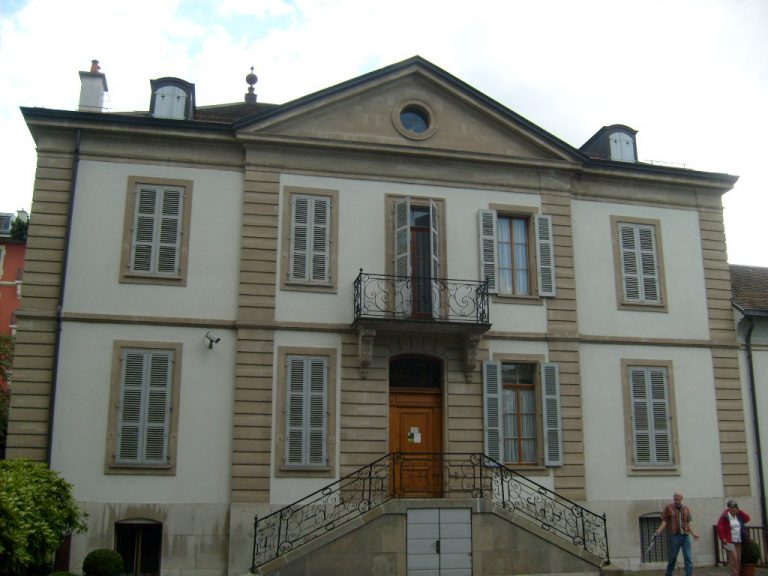