In 1789, William Carey and his family moved into a cottage across the street from Leicester’s Harvey Lane Baptist Church, which he shepherded to the time of their departure to India in 1793. The Harvey Lane building no longer exists. When Harvey Lane Baptist outgrew its building, in 1845, the congregation moved to Belvoir Street and changed its name to Belvoir Street Baptist. In 1940, Belvoir Street Baptist and Charles Street Baptist (planted by Harvey Lane in 1831) merged to form the United Baptist Church, at the Charles Street faciltiies. In 1983, the United Baptist Church and the Victoria Road Church merged to form the present Central Baptist Church, still at the Charles Street address. Meanwhile, in 1915-16, the William Carey Cottage, on Harvey Lane, became the Carey Museum, or “House of Memories.” Due to street additions in the 1960s, the Carey Museum suffered demolition. A Holiday Inn now occupies the site. Across from the hotel’s main entrance is a commemorative plaque to Carey. Today, the William Carey Museum, in Central Baptist Church, displays the artifacts once housed in the Carey Museum at Harvey Lane. At the top of De Montfort Square, just off New Walk, there is a statue of Baptist preacher, Robert Hall Jr. (1764-1831), who served the Harvey Lane pastorate during 1807-26. (See Chapter 10.). 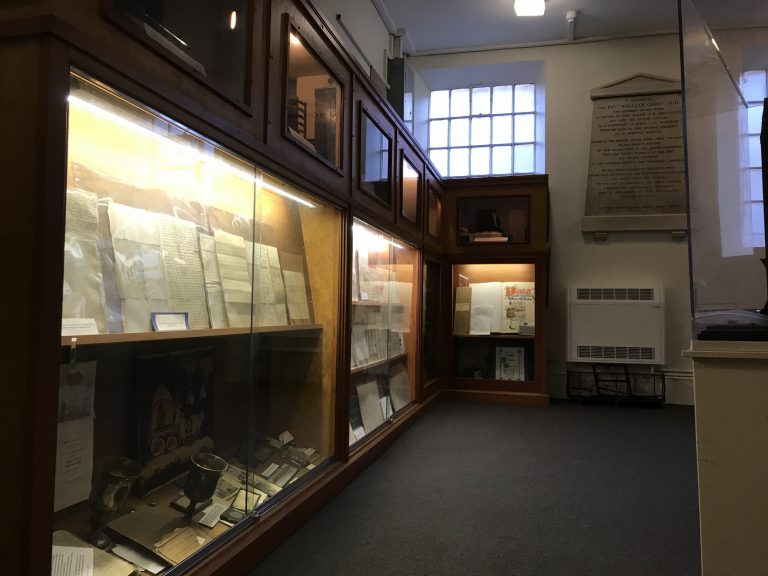