Just east of St. James Park in London, and just off the bank of the River Thames, in the Whitehall Gardens, is a larger than life statue of William Tyndale.

This location is rather ironic, because Whitehall Gardens is the old Privy Garden of the Palace of Whitehall. In 1530 King Henry VIII moved from Westminster to Whitehall, and made the orchard into his private garden. Tyndale’s support of national independence from the pope at first drew him into Henry’s sympathies, but his opposition to his annullment request kept him in hiding in Europe while he worked on translating the Bible into English.

Just one year later, Henry VIII would permit the Bible to be translated into English into the “Matthews Bible,” virtually entirely the work of William Tyndale. 84% of the New Testament of the King James Version comes to us from William Tyndale.

On the monument it reads,

First translator of the New Testament into English from the Greek. Born A.D. 1484, died a martyr at Vilvorde in Belgium, A.D. 1536.

“And this is the record that God hath given to us eternal life, and this life is in his son.” I. John V.II.

The last words of William Tyndale were “Lord! Open the King of England’s eyes”. Within a year afterwards, a bible was placed in every parish church by the King’s command. 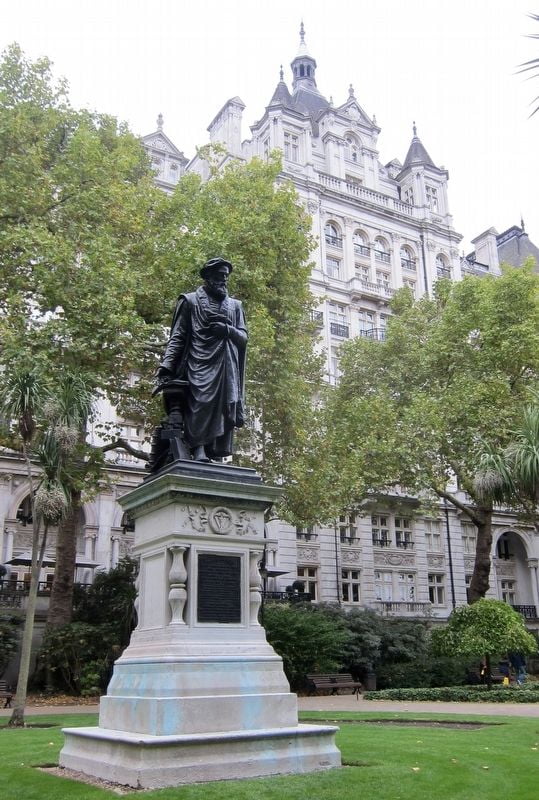