Alford was a talented artist, as his picture-book, The Riviera (1870), shows, and he had abundant musical and mechanical talent. Besides editing the works of John Donne, he published several volumes of his own verse, The School of the Heart (1835), The Abbot of Muchelnaye (1841), The Greek Testament. The Four Gospels (1849), and a number of hymns, the best-known of which are “Forward! be our watchword,” “Come, ye thankful people, come“, and “Ten thousand times ten thousand.” He translated the Odyssey, wrote a well-known manual of idiom, A Plea for the Queen’s English (1863), and was the first editor of the Contemporary Review (1866–1870).[1]

His chief fame rests on his monumental edition of the New Testament in Greek (8 vols.), which occupied him from 1841 to 1861. In this work he first produced a careful collation of the readings of the chief manuscripts and the researches of the ripest continental scholarship of his day. Philological rather than theological in character, it marked an epochal change from the old homiletic commentary, and though more recent research, patristic and papyral, has largely changed the method of New Testament exegesis, Alford’s work is still a quarry where the student can dig with a good deal of profit.[1] See Alford’s Law for an example.

Alford subsequently published the New Testament for English Readers (4 vols., Rivingtons, 1868). His Life, written by his widow, appeared in 1873 (Rivingtons).[1]

2 All the world is God’s own field,
fruit as praise to God we yield;
wheat and tares together sown
are to joy or sorrow grown;
first the blade and then the ear,
then the full corn shall appear;
Lord of harvest, grant that we
wholesome grain and pure may be.

3 For the Lord our God shall come,
and shall take the harvest home;
from the field shall in that day
all offenses purge away,
giving angels charge at last
in the fire the tares to cast;
but the fruitful ears to store
in the garner evermore.

4 Even so, Lord, quickly come,
bring thy final harvest home;
gather thou thy people in,
free from sorrow, free from sin,
there, forever purified,
in thy presence to abide;
come, with all thine angels, come,
raise the glorious harvest home. 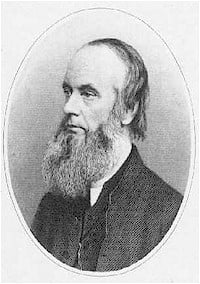