The Welsh Tract Baptist Church, on Welsh Tract Road, originated in 1701, when sixteen people formed the original congregation in Wales. In 1703, they settled on a thousand acre tract of land, granted by William Penn and since known as the Welsh Tract. As the first Baptist church in Delaware and situated a couple of miles south of Newark, they built a log meetinghouse in 1706. In 1746, they constructed their present brick building. In the Battle at Cooch’s Bridge, on September 3, 1777, a British cannon ball passed through the auditorium. Brickwork patches on both sides of the building still mark the event. The historical marker at the nearby battle site reports that this was the “only battle of the American Revolution on Delaware soil and claimed to have been the first in which the stars and stripes were carried.” A plaque at the church reads, “Old Welsh Tract Church – Oldest Primitive Baptist Church in America.” With the 1814 establishment of the Triennial Convention, the Welsh Tract Church, having become hyper-Calvinist, voiced strong opposition ot the Convention’s missionary emphasis. In 1824, the Baptist General Tract Society made its debut. At the establishment of the American Baptist Home Mission Society, in 1832, Welsh Tract reacted by becoming a “mother church” of independent, Primitive (Old School) Baptist churches. The church broke away from mainstream Baptists at every level. Often called “Hard Shell Baptists,” Primitive Baptists opposed missionary societies, Bible societies, theological seminaries, and even Sunday Schools. They mockingly compared evangelistic appeals with Jehu’s invitation, “Come with me, and see my zeal for the Lord” (2 Kings 10:16). Primitive Baptist ministers had little or no formal training, and seldom received a salary. Their congregations have generally used no musical instruments, but they often sing a capella, in four-part harmony, known as Sacred Harp, a style of eighteenth-century folk music. There is often a sort of music in their sermons, as preachers deliver rhythmic, extemporaneous messages in a distinctive singsong voice. Some practice foot washing as an ordinance.

From Wikipedia: The church continues to have meetings every second Sunday of the month. Elder Chet Dirkes is the present pastor. 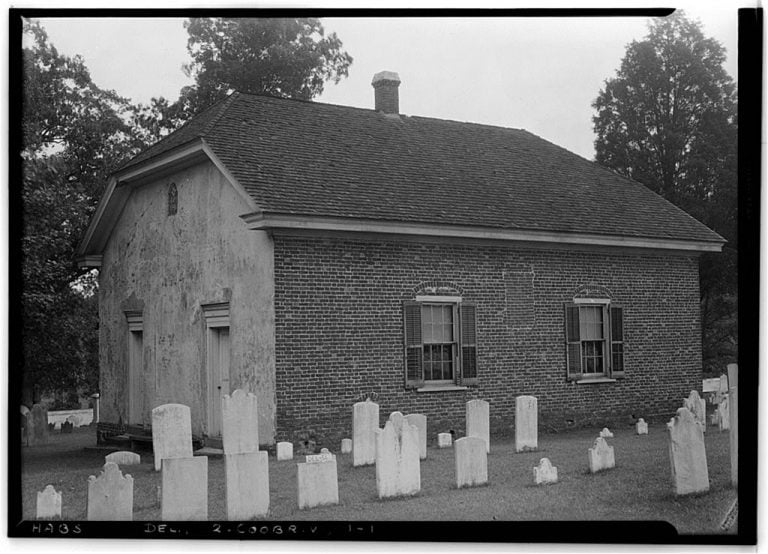