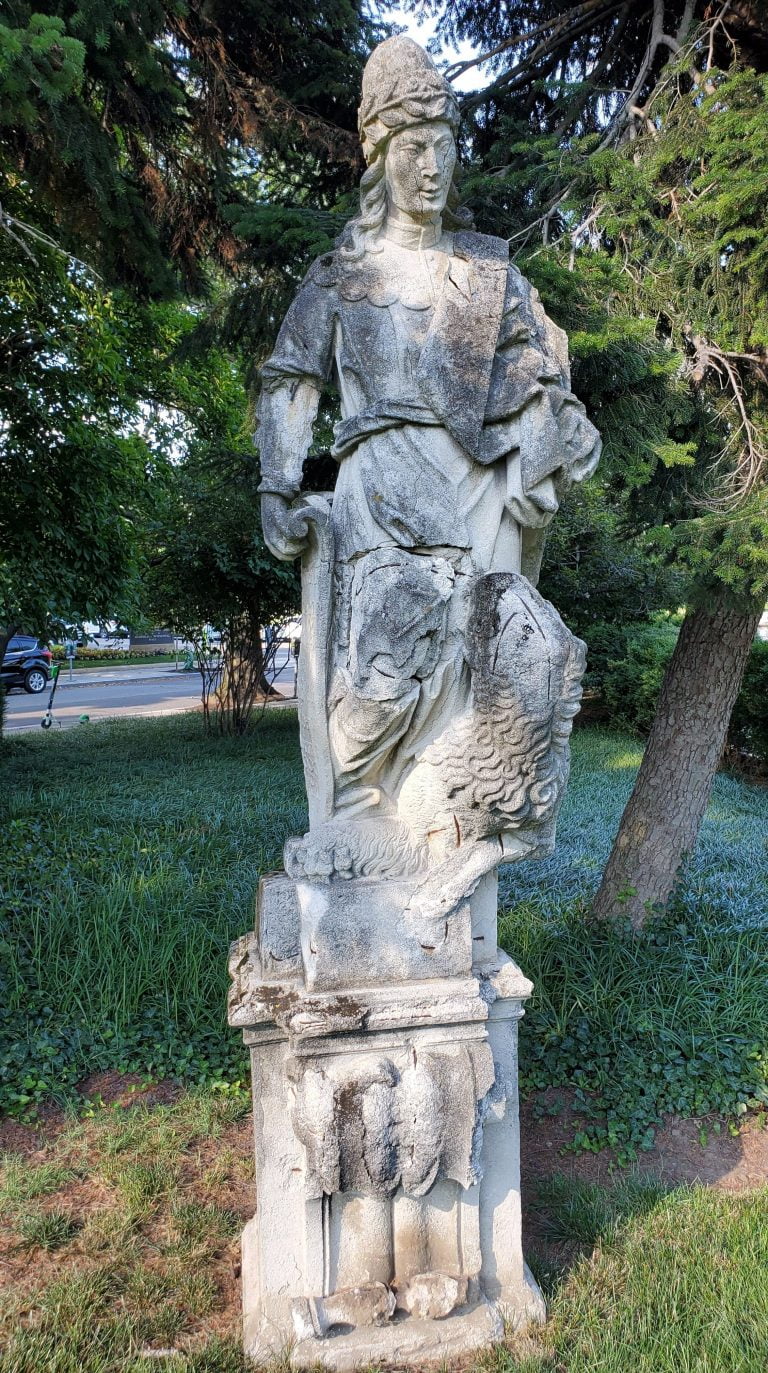 As a good patriotic American, you will come to Washington D.C. several times. On your first visit, you will want to see the Capitol, wander thru the Supreme Court, sample a couple of the Smithsonians on the National Mall, gaze up to the Washington Monument, see the fortified Lincoln Memorial, contemplate in the Jefferson Memorial (while noting 4 of the 5 inscriptions explicitly refer to God). The Museum of the Bible will take up at least a day of your time. “Stories in Stone” by Tim Schmig is a great guidebook for the city.

But as you approach the seat of the most powerful man in the world, residing in the White House, just to the west of the Ellipse is a perfect symbolic place for the statue of this man.

A government official, he fits in perfectly in the city. “Then the king made Daniel a great man, and gave him many great gifts, and made him ruler over the whole province of Babylon, and chief of the governors over all the wise men of Babylon.” (Daniel 2:48). Though powerful, he wasn’t popular, so he’s off to the side and neglected.

A replica of a famous 1805 soapstone carving from The Twelve Prophets by Aleijadinho (1738-1814), this concrete work is a gift from Brazil in 1962. The inscription reads “Inside the pit of lions (by the king’s command), unharmed without man’s help.”

The statue of the Jew who served both Babylonian and Persian rulers (an early nonpartisan bureaucrat?) is located outdoors in the José Cecilio del Valle Memorial.

Inside the pit of lions (by the king’s command), unharmed, free of man’s help.

Concrete, from a 1805 soapstone original, h. 8 feet, by “o Aleijadinho,” Antonio Francisco Lisboa (Brazil). Dedicated in 1962. Gift of the Government of Brazil.

Learn about the Original Sculpture from Wikipedia:

The Twelve Prophets are a set of soapstone sculptures completed between 1800 and 1805 [1] by the artist Antônio Francisco Lisboa, commonly known as Aleijadinho. The sculptures are located in the Brazilian municipality of Congonhas do Campo, where they adorn the forecourt of the Santuário do Bom Jesus de Matosinhos.[2]

The prophet Daniel flanks the entrance passage to the courtyard, and occupies a position both facing and corresponding to that of Hosea on the opposite side. This juxtaposition of the last of the major prophets and first of the minor prophets reveals, once again, how the series as a whole utilizes iconography in the positions of the statues within the forecourt.

The face of Daniel portrays a beardless youth, as Baruch and Obadiah. However, the physiognomy of Daniel differs from theirs, especially in the carving of the eyes, the mouth and nose long, with its flared nostrils. The visage as a whole reveals a lofty and distant expression, characteristic of a hero aware of his strength. A laurel wreath adorning the miter head accentuates this aspect, and is an obvious allusion to Daniel’s victory over the lions, one of whom crouches at his right foot.[11] Like Ezekiel, Daniel wears a long robe, tied at the waist by a belt, and buttoned at the collar. In this sculpture, it seems that Aleijadinho employed no assistance from his staff. It is the largest statue of the collection, both monolithic and particularly well executed, testifying to the skill behind its creation. 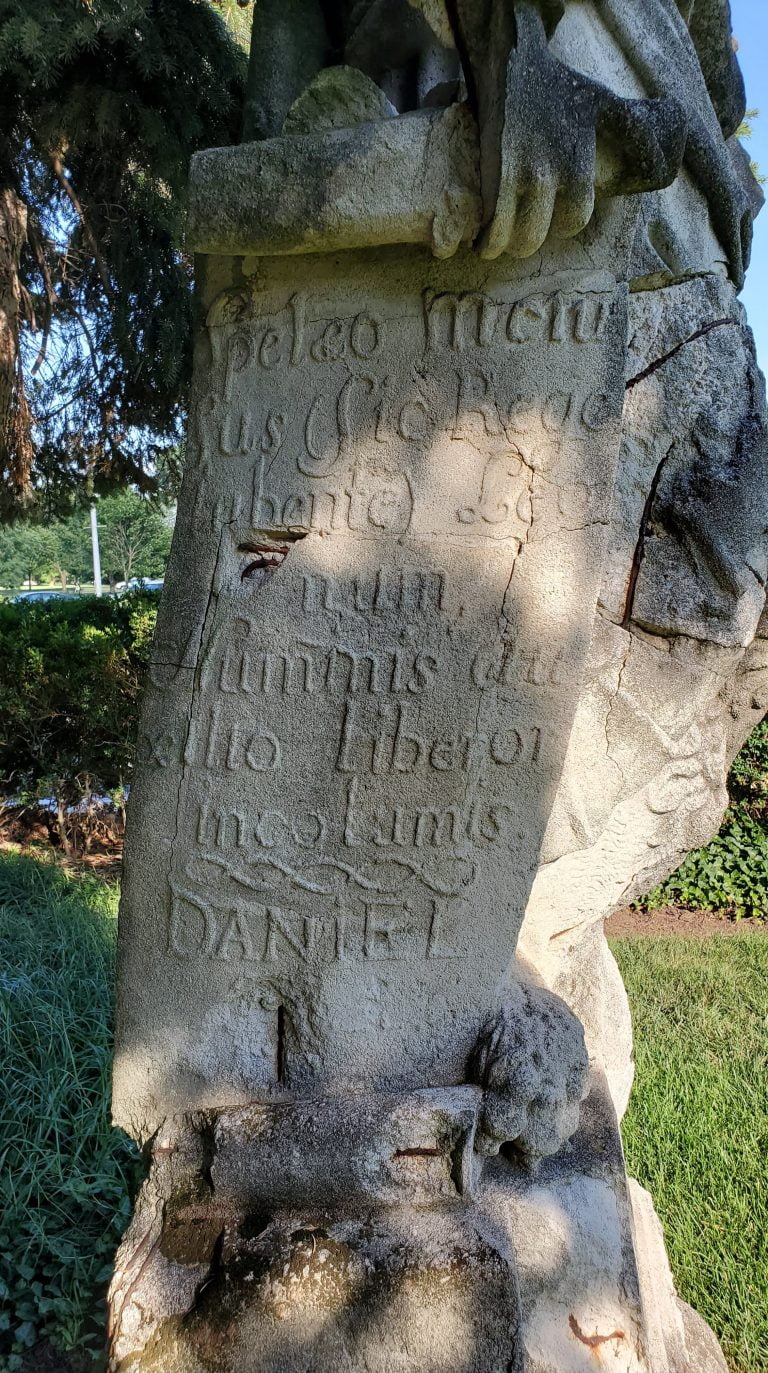 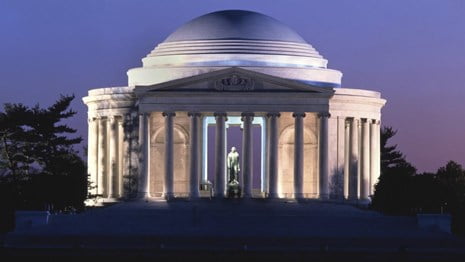 0.84 miles
No Reviews
Favorite
Learn from Tim Schmig about the multiple references to God in the Jefferson Memorial:   Below the frieze on the dome   I have sworn upon the altar of God eternal hostility against every form of tyranny over the mind of man   The Declaration of Independence We hold these truths to be self-evident: that all men are created equal, Read more...
View all