One of Lyman Stewart’s evangelistic efforts was the Los Angeles Bible House. Under this ministry, William Townsend was sent as a colporteur missionary to Guatemala in 1917, with Spanish Bibles.

However, the tribal people spoke Cakchiquel, not Spanish. Townsend spent fourteen years learning the language and translating the Bible into the heart language of the Cakqhikel.

Wycliffe Bible Translators, was named for the first translator of the Bible from Latin to English, John Wycliffe (1330-1384).By 2000 WBT completed the 500th translation of the Bible.

With 16,000 square feet, the Center shares the history and the importance of Bible translation, introducing characters from around the world in their native attire where Wycliffe is translating the Bible, as well as highlighting the need for Bible translation in the thousands of unreached languages 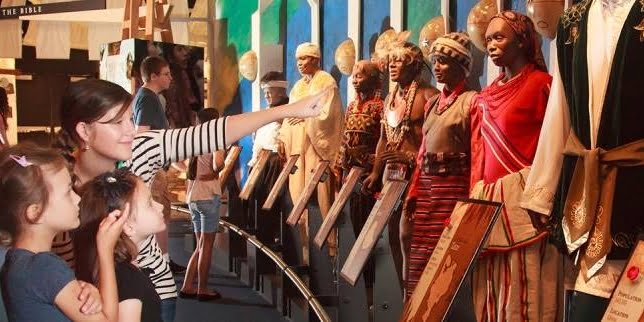