In downtown Boston, MA, you can see where Dwight L. Moody was saved. Two years later found him in Chicago.

When he wasn’t selling shoes, he ran a Sunday School class in an old saloon in a slum called The Sands, or Little Hell. In spite of his lack of education, he tried to teach the young children. He told an onlooker, “Reynolds, I have got only one talent: I have no education, but I love the Lord Jesus Christ, and I want to do something for him, and I want you to pray for me.”

In 1860, president-elect Abraham Lincoln stopped by Moody’s Sunday School, and told the children:

Moody started the Northfield Schools in Massachusetts. He went after the McCormick family (of the Reaper fame) to invest in his Chicago Evangelisation Society to train Christian workers to minister in the slums. On February 5th, 1887, the CES opened, which after Moody’s death was renamed Moody Bible Institute. The Moody Museum at MBI is located in Smith Hall on the first floor.

While you’re in Chicago, head over to Wheaton and you’ll find more artifacts about Mr. Moody. 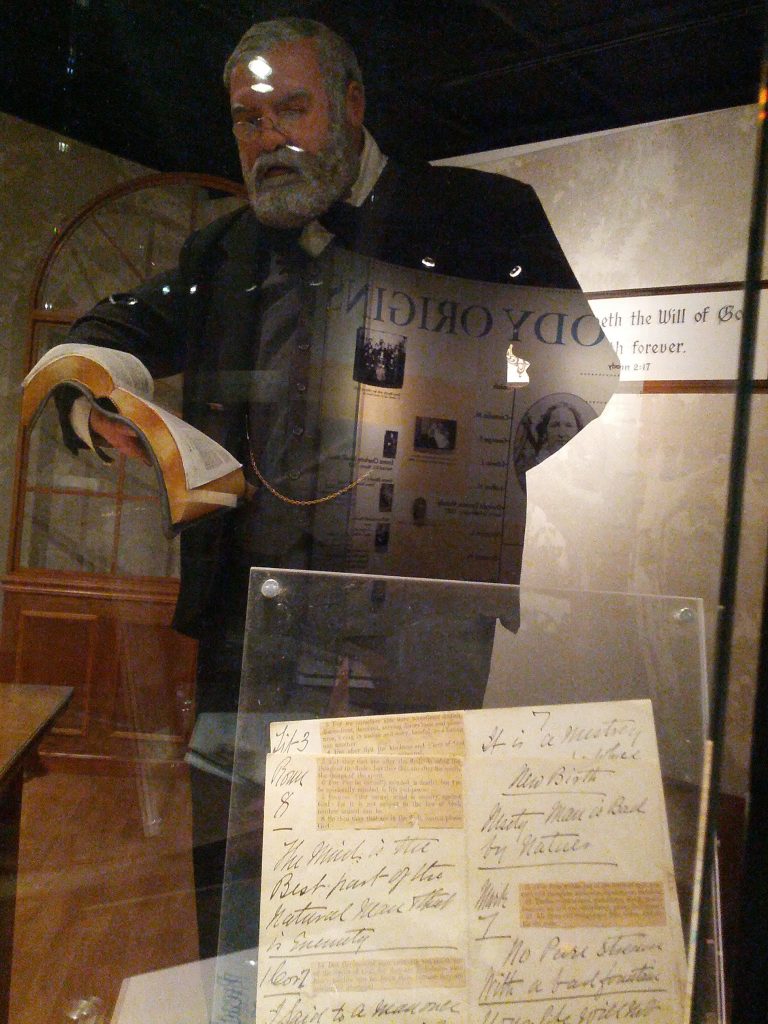 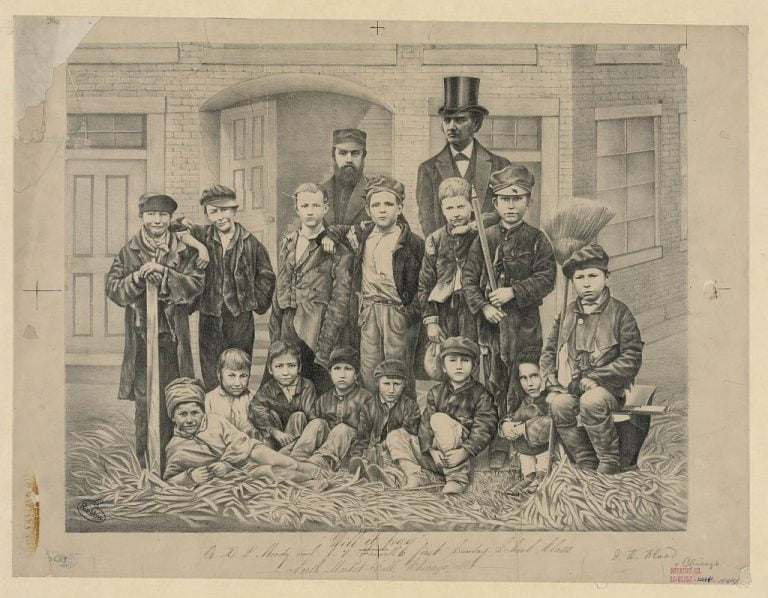 0.54 miles
No Reviews
Favorite
Abraham Lincoln, on his way to the White House to be inaugurated as President, stopped by Dwight L. Moody’s Sunday School in “Little Hell” I was once as poor as any boy in this school, but I am now President of the United States, and if you attend to what is taught you here, some of you may yet be Read more...

1.06 miles
No Reviews
Favorite
TL, DR: Billy Sunday’s first professional baseball game was played May 22, 1883, in Chicago at now-Millennium Park. Ten years later, on June 11, 1893, D.L. Moody would preach to his largest audience at the same spot, in a circus tent! The 1890s were the peak of the Gilded Age. Industrialization, wage growth, railroads, factories, mines, immigration, formed the boom Read more... 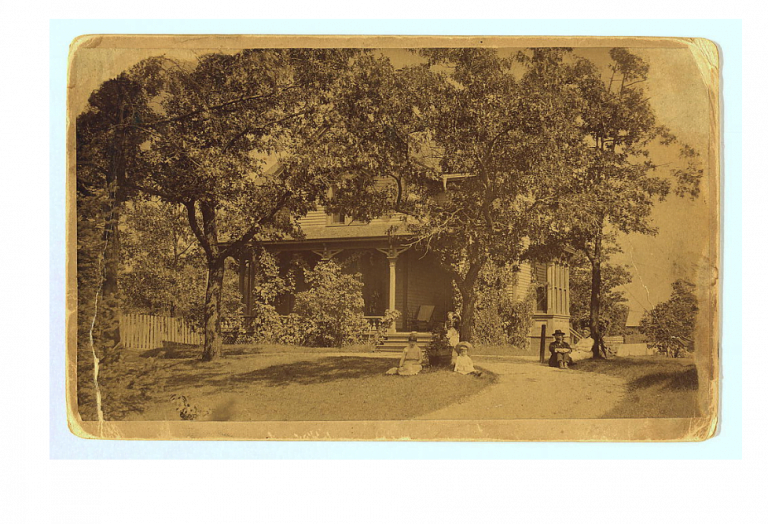 4.13 miles
No Reviews
Favorite
Horatio Spafford, well-off lawyer and friend of D.L. Moody lived here on the north side of Chicago. During the Great Chicago Fire of 1871, he lost much of his real estate holdings. A couple years later he sent his family ahead to Europe where D.L. Moody would be preaching. The Ville du Havre sank, and all four of his daughters Read more...

8.39 miles
No Reviews
Favorite
In 1896 the Democratic National Convention would be held in Chicago. Who would emerge as the leader of the party to be their presidential nominee? The Coliseum in Chicago was twice the size of Madison Square Garden, and had just been completed. It almost was finished the previous year when it collapsed – but was quickly rebuilt. Buffalo Bill’s Wild Read more... 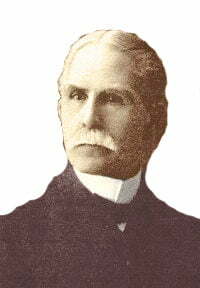