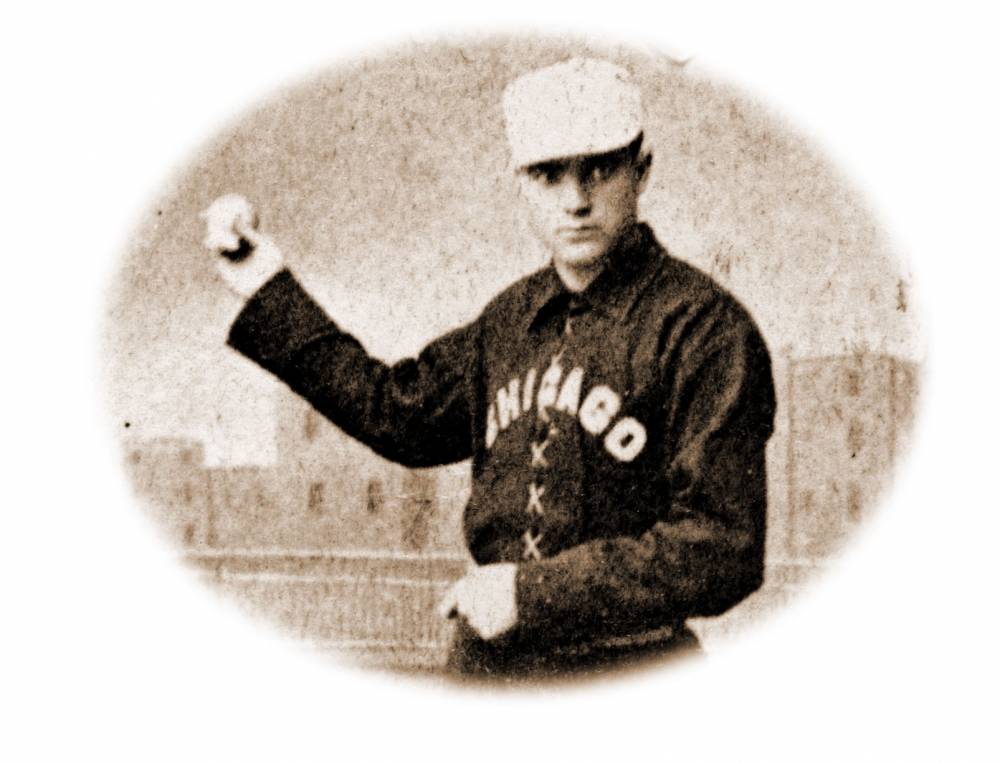 William Ashley Sunday is buried in the same cemetery as Paul Harvey (other side of the Des Plaines River). Enter the cemetery near the bus stop, take the second left and proceed to the Haymarket Martyr’s Monument. Following trial, four anarchists were executed by hanging in 1887. Because German Waldheim was not a religious cemetery, it was chosen for the burial place. One can see the Communist “Hammer and Sickle” logo on nearby graves. On May Day, one may see supporters of the anarchists laying wreaths.

At the 1) Haymarket Monument, take the 2) next left. When the road ends, 3) continue gently thru the graves until you hit another road. 4) Make a right turn at the road, and 5) take the first left. Continue past the 6) next intersection, 7) take the right at the fork, and 8) halfway down the road, make a 9) left hand turn. Along the way you may notice several obelisk monuments. These are tall grave markers of the same shape (but not the size) of the Washington Monument.

As you arrive in Section 32, look for the tall monument halfway to the end of the cemetery. Billy Sunday’s Grave The words carved on the tombstone are from 2 Timothy 4:6-8. The Apostle Paul is imprisoned in Rome and will be executed shortly. In his final letter, he tells Timothy, “For I am now ready to be offered, and the time of my departure is at hand. I have fought a good fight, I have finished my course, I have kept the faith. Henceforth there is laid up for me a crown of righteousness, which the Lord, the righteous judge, shall give me at that day: and not to me only, but unto all them also that love his appearing.”

Billy Sunday (1862-1935) is buried in Forest Home Cemetery in Forest Park, Illinois. A professional baseball player with the Chicago White Stockings, the Pittsburgh Alleghenys, and the Philadelphia Phillies, he was converted in the 1880s at the Pacfici Garden Mission in Chicago, IL. In 1886, he married Helen Thompson, and in 1891 he took a 70% pay cut, leaving baseball for the YMCA of Chicago. 1893 saw Sunday assisting with J. Wilbur Chapman (author of ‘Our Great Savior’), which prepared him to launch in 1896 on his own in Garner, Iowa. The most famous evangelist between D.L. Moody and Billy Graham, he preached to an estimated 100 million people, seeing an estimated 1 million walk the ‘sawdust trail.’

Join us for a virtual trip to Chicago to see Billy Sunday’s Grave, the Oriental Institute, and Pacific Garden Mission 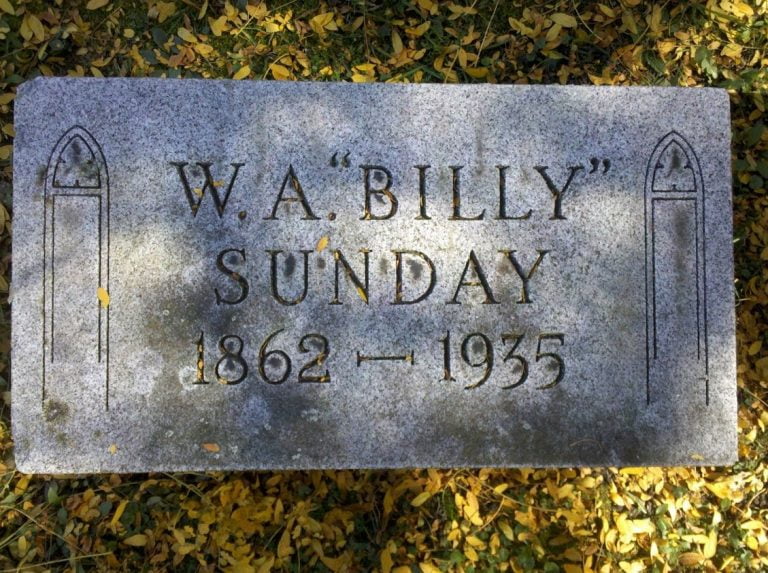 9.35 miles
No Reviews
Favorite
Internationally known for their live productions of ‘Unshackled’ – the longest running radio drama in American history, Pacific Garden Mission is also the oldest continuing operating rescue mission, approaching 150 years of continuous service. Started in 1877 by Colonel George Clarke and his wife, Sarah Dunn Clarke on Clark Street, the mission has been in a few different locations since Read more... 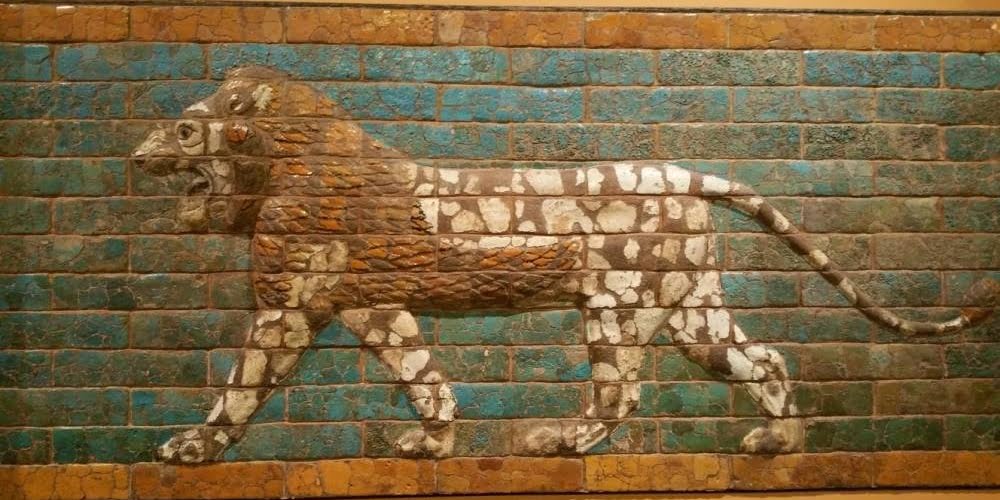 12.72 miles
No Reviews
Favorite
The University of Chicago was founded (and funded) by John D. Rockefeller, the oil baron. He spent millions digging up artifacts all over the Middle East, and floated much of it back to Chicago. The Oriental Institute collection contains over 300,000 items. In the first sections, look for artifacts from Ur – Abraham lived in Ur from 2166 BC to Read more...
View all