Newton Bateman (1822-1897) was born in poverty in New Jersey, moved to Illinois, started a school in St. Louis, then became Illinois Superintendent of Public Instruction, and authored the Historical Encyclopedia of Illinois.

While Bateman was a student at Illinois College here in Jacksonville, Lincoln was a state legislator representing nearby in New Salem, in the also nearby Springfield. They met thru Bateman’s new Sigma Pi literary society. In 1851, Bateman bought (and later expanded) the house on this site. A nearby plaque notes a speech he gave in this city in 1859.

Between his presidential nomination (1860) and his departure for Washington (1861), Lincoln would use Dr. Bateman (“my little friend [Bateman was much shorter than the tall Lincoln] and big schoolmaster”).

Lincoln has always been controversial (he was the first president to be assassinated), but his religious views are even more debated.

This plaque records a statement Lincoln made to Bateman in 1860, and Bateman shared to Josiah Holland for his Life of Lincoln.

Abraham Lincoln was often accused by his detractors—and even by some of his friends—of not being a Christian.
Just before becoming President, Lincoln shared the following with his friend Dr. Newton Bateman: “I know there is a God, and that He hates injustice and slavery. I see the storm coming, and I know that His hand is in it. If He has a place and work for me—and I think He has—I believe I am ready. I am nothing, but truth is everything. I know that I am right because I know that liberty is right, for Christ teaches it, and Christ is God. I have told them that a house divided against itself cannot stand, and Christ and reason say the same; and they will find it so. (Stephen) Douglas don’t care whether slavery is voted up or voted down, but God cares, and humanity cares, and I care; and with God’s help I shall not fail. I may not see the end; but it will come, and I shall be vindicated; and these men will find that they have not read their Bibles aright.” 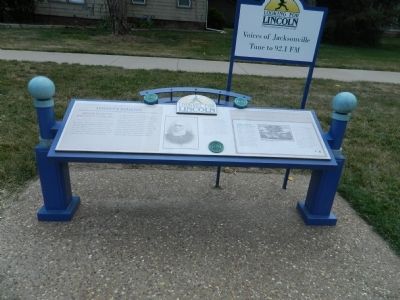 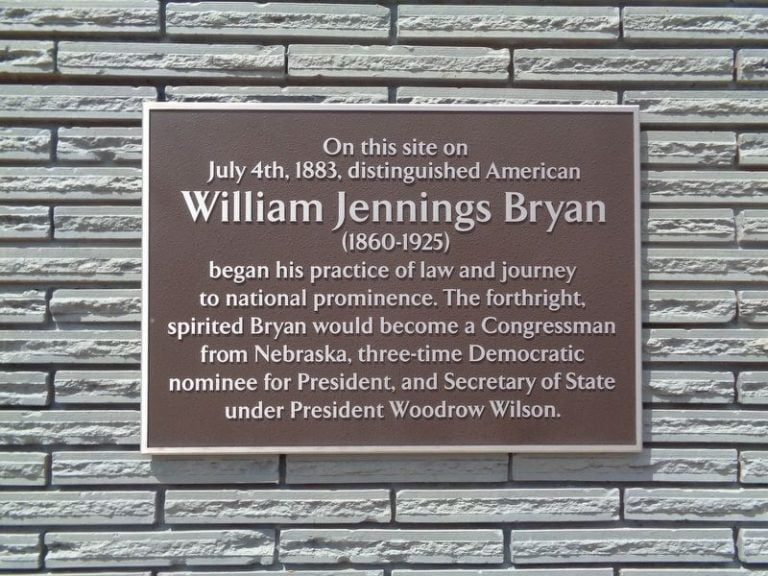 0.55 miles
No Reviews
Favorite
Inscription: On this site on July 4th, 1883, distinguished American William Jennings Bryan (1860-1925) began his practice of law and journey to national prominence. The forthright, spirited Bryan would become a Congressman from Nebraska, three-time Democratic nominee for President, and Secretary of State under President Woodrow Wilson. Photo by Jason Voigt, May 12, 2020 HMDB.org Related Read more...
View all