Going forth with weeping, sowing for the Master,
Though the loss sustained our spirit often grieves;
When our weeping’s over, He will bid us welcome,
We shall come rejoicing, bringing in the sheaves.

The hymn is based on Psalm 126:6, “He that goeth forth and weepeth, bearing precious seed, shall doubtless come again with rejoicing, bringing his sheaves with him.

His conversion story is quite dramatic:

One night he was playing the violin for a large company of dancers, and in that most unlikely of all places for serious thought, there came into his mind the dying advice of his father, in the impressive words of the prophet: “Prepare to meet thy God.” They came unbidden; they forced themselves upon him with a power that he could not resist; they seemed to him not only a voice from the grave but a message from heaven. Still the dance went on; but the gayer the crowd became, the sadder grew the heart of the player, whose mirthful strains were at such variance with the solemn thoughts with which his mind was occupied.

A young lady observing the sadness of his look, and the abstraction of his manner, approached him and said: ”Knowly, what is the matter?” He told without reserve the state of his mind; and it was with strange feelings that she resumed her place through the set, to music which she knew mocked the feelings of the sad-hearted player. The dance ceased; another set was formed, and all were waiting for the music to begin. To the astonishment of all, Shaw, in response to the call to “strike up,” said he could not play any more. A dozen voices called on him to begin, when he gravely walked out into the middle of the floor and told all that had been passing through his mind; told of his father’s dying words, neglected till then, and expressed his determination never to play for another dance. He expressed regret for his past course of life; that it was not such as it should have been; that it might do if this life were all; but in view of the life to come, he must pursue another course. He then asked the company, about forty in all, to promise that they would throw no hindrance in the way of his attempt to lead a new life. His sadness, manliness, and earnestness reached their hearts. They gave the promise he asked; and to their honor be it said, they not only kept it, but some of them even gave him help and encouragement to keep the resolve which under such strange surroundings he had made. This proved to be no passing fancy; it was the turning point in his life; and to the life which he had been leading he never from that hour longingly looked back. 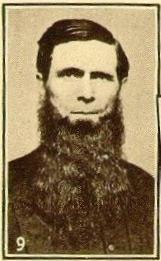