Author of over 100 hymns and Gospel songs, Pollard was educated in Denmark, Iowa, Valparaiso, Indiana, at the Boston School of Oratory, and the Moody Bible Institute in Chicago, Illinois. She taught in Chicago, and at the Christian and Missionary Alliance Training School in New York. She worked for a while with evangelist John Alexander Dowie, and also in Africa, leaving for Scotland after World War I began. She later returned to New York.

As seventy-two year old Miss Adelaide was enroute from her New York City home to a New Jersey town during the Christmas Holidays in 1934 where she was to hold some religious meetings, she became critically ill in the New York City railroad station. She was rushed to a nearby Y.W.C.A. home where she died shortly thereafter, death being attributed to a ruptured appendix, December 20, 1934, New York City.

“Have Thine Own Way, Lord” is a Christian hymn with lyrics by Adelaide A. Pollard and music by George C. Stebbins. It was first published in 1907 in the “Northfield Hymnal with Alexander’s Supplement”. Later that year, it also appeared in two other popular hymnals, Ira Sankey’s “Hallowed Hymns New and Old” and Sankey and Clement’s “Best Endeavor Hymns”.

The elderly woman inspired Pollard and she contemplated the story of the potter from Jeremiah 18:3 and, upon her return home that evening, wrote all four stanzas before retiring for the night. 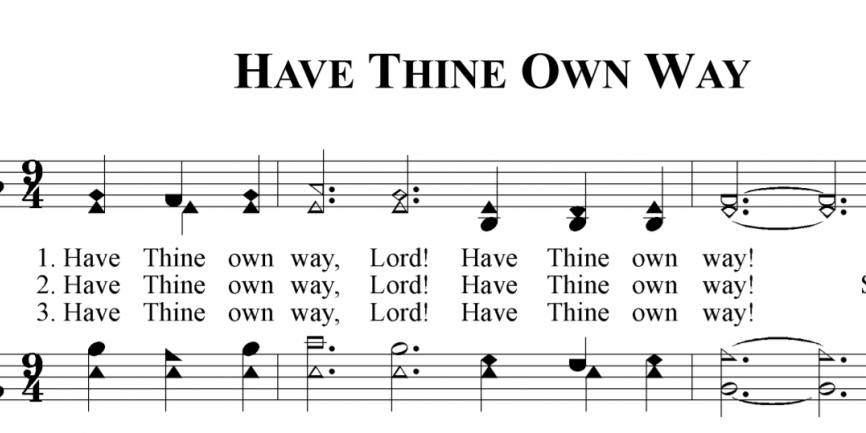