“One of the most useful qualifications of a good minister is that he have a lively sense of religion upon his own heart.”
John Witherspoon
Born in Gifford, Scotland, in 1723, Witherspoon was educated at the University of Edinburgh, completing his divinity studies in 1743. The son of a clergyman, he became pastor of the Presbyterian congregation in Beith and in 1757 was installed at the Laigh Kirk in Paisley. His early writings and reputation as one of the leading scholars within the Popular movement of the church preceded him to the Colonies.

His sermons and lectures were both solemn and direct, drawing both on theological principals and on a deep understanding of human nature. He spoke plainly yet profoundly, with eloquence and grace. His popularity as a preacher inspired more than a few of his many students to follow in the ministry.

“He is as high a Son of Liberty as any Man in America.”
John Adams   1774
Witherspoon embraced America from his arrival in Philadelphia and his warm reception in

Princeton. As relations with Great Britain strained, he tolerated the growing student unrest at the College and was patient with demonstrations favoring independence even before he became an advocate from the pulpit.

With eight other men he formed the Somerset County Committee of Correspondence in 1774 and he was elected to the New Jersey Provincial Congress. In June 1776, he was chosen as one of New Jersey’s delegates to the Continental Congress in Philadelphia. He became one of the most forceful proponents of the Declaration of Independence, the only minister and the only college president among the fifty-six signers. He signed the Articles of Confederation and was selected in 1787 to attend the New Jersey ratifying convention for the Constitution.

“To preside over that College, methinks is a province worthy of an Angel!”
Benjamin Rush   1767
After the death of Samuel Finley in 1766, the Trustees of the College of New Jersey sought a new president who could not only lead academically and theologically, but who could also reconcile philosophical divisions in the church. Witherspoon was elected by the Trustees and prevailed upon in formal correspondence in 1767 to “obey the Call” from America. While he deliberated, Benjamin Rush, then a medical student at the University of Edinburgh, and

attorney Richard Stockton, then in London on business, paid him personal visits. This was primarily to appeal to his wife, Elizabeth, who eventually consented. They sailed from Greenock on the brig Peggy and arrived with their five children in Philadelphia on August 6, 1768.

Once installed as president, Witherspoon proceeded to put the College on a secure financial footing and undertook academic reforms. He introduced the method of teaching by lecture and taught history, moral philosophy, composition and criticism. His students included James Madison and Aaron Burr, twelve cabinet officers, twenty-eight senators, forty-nine congressmen, three justices of the Supreme Court and twelve state governors. He presided over the College until his death, with the increasing assistance after 1779 of his son-in-law, Samuel Stanhope Smith. He died at Tusculum in 1794.

John Witherspoon – This statue was dedicated on November 10, 2001. It was made in Paisley, Scotland, by Alexander Stoddart and is a duplicate casting of a statue dedicated in Pausley on June 22, 2001. The work was cast at the Morris Singer Foundry in Basingstoke, England. The architect for the plinth was T. Jeffery Clarke AIA of Princeton, New Jersey. 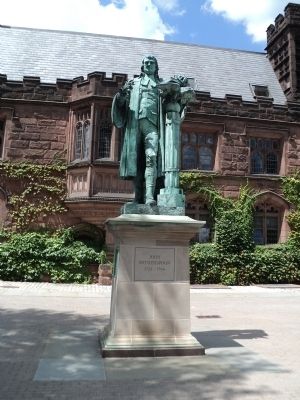 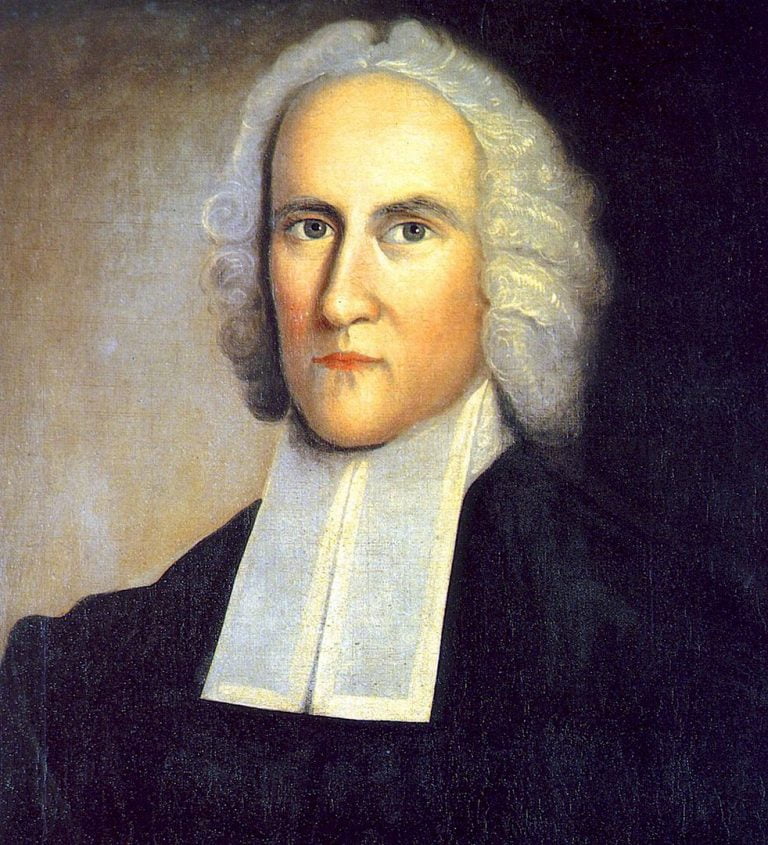 0.28 miles
No Reviews
Favorite
Join Randy as we go on location to Princeton Cemetery, just outside of Princeton University, to the grave of America’s founding pastors. We’ll see the tomb of Aaron Burr, the graves of Jonathan Edwards (Sinners in the Hands of an Angry God), Samuel Davies (see Polegreen), and John Witherspoon.   From Christian Hall of Fame: American theologian and philosopher, Jonathan Read more...
View all