Third Presbyterian Church is a beautiful stone church on the corner of Meigs Street and East Avenue in the East Avenue Historic District. It has served the Rochester community since 1827. Their first building was located on the northeast center of Main Street and Clinton Avenue. Their current structure was built in 1894. Major renovations to provide full accessibility were completed in December 2010.

Third Church was founded in 1827 by a group seeking to build a worshiping community on the east side of the Genesee River. They met one Sunday, agreed to build a home for the new congregation, funded the project, and saw construction completed in time for worship the following Sunday! That rough-hewn, modest meeting house was eventually replaced by a stone chapel on the same site, and then by our current, much larger, Sanctuary and facilities at the corner of East and Meigs.

LEAVING New York I spent a few weeks in Whitestown; and, as was common, being pressed to go in many directions, I was greatly at a loss what was my duty. But among others, an urgent invitation was received from the Third Presbyterian church in Rochester, of which Mr. Parker had been pastor, to go there and supply them for a season.

I inquired into the circumstances, and found that on several accounts it was a very unpromising field of labor. There were but three Presbyterian churches in Rochester. The Third church, that extended the invitation, had no minister, and religion was in a low state. The Second church, or the Brick Church, as it was called, had a pastor, an excellent man; but in regard to his preaching there was considerable division in the church, and he was restive and about to leave. There was a controversy existing between an elder of the Third church and the pastor of the First church, that was about to be tried before the presbytery. This and other matters had aroused unchristian feeling, to some extent, in both churches; and altogether it seemed a forbidding field of labor at that time. The friends at Rochester were exceedingly anxious to have me go there–I mean the members of the Third church. Being left without a pastor, they felt as if there was great danger that they would be scattered, and perhaps annihilated as a church, unless something could be done to revive religion among them.

With these pressing invitations before me, I felt, as I have often done, greatly perplexed. I remained at my father-in-law’s, and considered the subject, until I felt that I must take hold and work somewhere. Accordingly we packed our trunks and went down to Utica, about seven miles distant, where I had many praying friends. We arrived there in the afternoon, and in the evening quite a number of the leading brethren, in whose prayers and wisdom I had a great deal of confidence, at my request met for consultation and prayer, in regard to my next field of labor. I laid all the facts before them in regard to Rochester; and so far as I was acquainted with them, the leading facts in respect to the other fields to which I was invited at that time. Rochester seemed to be the least inviting of them all.

After talking the matter all over, and having several seasons of prayer, interspersed with conversation, the brethren gave their opinions one after another, in relation to what they thought it wise for me to do. They were unanimous in the opinion that Rochester was too uninviting a field of labor, to be put at all in competition with New York, or Philadelphia, and some other fields to which I was then invited. They were firm in the conviction that I should go east from Utica, and not west. At the time, this was my own impression and conviction; and I retired from this meeting, as I supposed, settled not to go to Rochester, but to New York or Philadelphia. This was before railroads existed; and when we parted that evening I expected to take the canal boat, which was the most convenient way for a family to travel, and start in the morning for New York.

But after I retired to my lodging the question was presented to my mind under a different aspect. Something seemed to question me: “What are the reasons that deter you from going to Rochester?” I could readily enumerate them, but then the question returned: “Ah! but are these good reasons? Certainly you are needed at Rochester all the more because of these difficulties. Do you shun the field because there are so many things that need to be corrected, because there is so much that is wrong? But if all was right, you would not be needed.” I soon came to the conclusion that we were all wrong; and that the reasons that had determined us against my going to Rochester, were the most cogent reasons for my going. I felt ashamed to shrink from undertaking the work because of its difficulties; and it was strongly impressed upon me, that the Lord would be with me, and that was my field. My mind became entirely decided, before I retired to rest, that Rochester was the place to which the Lord would have me go. I informed my wife of my decision; and accordingly, early in the morning, before the people were generally moving in the city, the packet boat came along, and we embarked and went westward instead of eastward.

The brethren in Utica were greatly surprised when they learned of this change in our destination, and awaited the result with a good deal of solicitude.

We arrived in Rochester early in the morning, and were invited to take up our lodgings for the time with Mr. Josiah Bissell, who was the leading elder in the Third church, and who was the person that had complained to the presbytery respecting Dr. Penny. On my arrival I met my cousin, Mr. S, in the street, who invited me to his house. He was an elder in the First church, and hearing that I was expected at Rochester, was very anxious to have his pastor, Dr. Penny, meet and converse with me, and be prepared to cooperate with me in my labors. I declined his kind invitation, informing him that I was to be the guest of Mr. Bissell. But he called on me again after breakfast, and informed me that he had arranged an interview between myself and Dr. Penny, at his house. I hastened to meet the doctor, and we had a cheering Christian interview. When I commenced my labors, Dr. Penny attended our meetings, and soon invited me to his pulpit. Mr. S exerted himself to bring about a good understanding between the pastors and churches and a great change soon manifested itself in the attitude and spiritual state of the churches.

Rochester, in particular, stood out in this period and region for its rapid transformation into a commercial, manufacturing-oriented urban center. As a consequence, the once prevalent social and professional arrangement associated with artisanship and trades, specifically the mutuality between masters and apprentices, gave way to more strictly defined class stratification. Rochester also served as a center of what is known as the “Burned-Over District” in the antebellum period, which referred to the series of intense revivals that swept the area and which produced large numbers of conversions and the births of new churches.

Finney arrived in Rochester in late 1830, fittingly using the Erie Canal, both the symbol and engine of Rochester’s commercial growth, as his mode of transportation. His Rochester revival lasted from September 1830 to March 1831, and while he was based in Presbyterian churches, the revival was notable for its ecumenical character. Finney’s preaching attracted Protestants from multiple denominations, and he worked deliberately to affect this. The revival was certainly not confined to residents of Rochester. Numerous individuals from surrounding areas traveled from distances up to one hundred miles to the city to hear Finney preach. When he was not preaching, Finney engaged in private prayer with members of the Rochester community who were seemingly close to conversion, and he relied especially on women and the familial and social networks of which they frequently served as important centers to spread the news of the revival through the establishment of home visits and prayer groups.

While this diffuse evangelization served as the foundation for community-wide conversions, Finney’s daily preaching and revival services also played a definitive role in attracting new members to various churches. Finney had honed his preaching style almost scientifically after years of study and practice. After scriptural reading and powerful preaching, which prompted fervent feelings in congregations, individuals contemplating conversion â€“ with whom Finney had already conversed in the private meetings that he pursued throughout the week – were made the focal points of the revivals by sitting on “anxious benches” near Finney’s pulpit. These very public conversions, often of leading members of the community, gave added weight to the revival and Finney’s message.

According to historian Paul Johnson, the revival was especially significant for primarily attracting members of Rochester’s emerging middle class, who then used their influence to evangelize the working class. Significantly, Finney’s revival, with its emphasis on perfectionism and free moral choice, led easily to efforts directed toward social reform, especially temperance, which had a marked effect in influencing politics and business in Rochester. Finney had a direct hand in this. Halfway through the revival, he invited noted preacher and temperance activist Theodore Weld to join him in Rochester to organize temperance reform. Beyond Rochester, though, Finney’s revival served as the inspiration for several other revivals that spread across the Northeast and New England during the Second Great Awakening, and Finney’s preaching style served as a blueprint for future revivalists throughout the 19th century and into the 20th century. 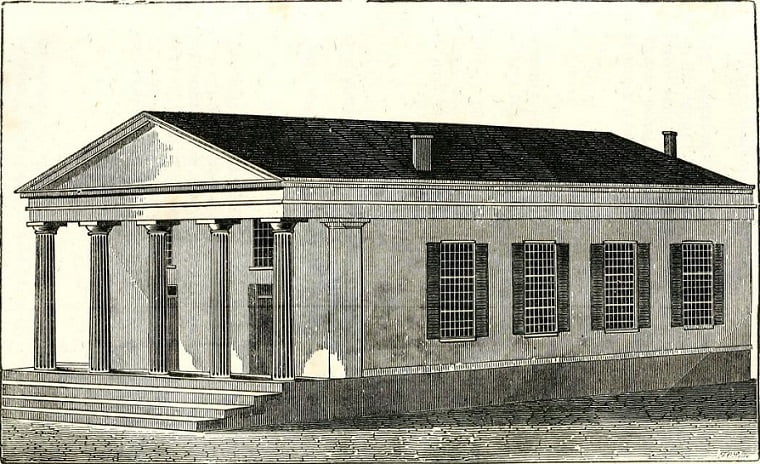