According to the organization, “In the early 1970’s while Pastor Richard Diamond and his wife, Alwilda, attended a crusade in Atlanta, Georgia they toured a historical wax museum. After viewing scenes of past presidents, generals, and war heroes to their surprise the last scene was the Ascension of Jesus Christ.“

Ten years later Pastor Diamond started a Biblical wax museum, with a donation from a previous outdoor Biblical museum. The collection of figures (and stories) has since grown.

When I toured the Life of Christ exhibit, it featured the traditional scenes one may see at a passion play. But it included something else – the Judgment Seat of Christ. The guide told me half of the visitors ask if that’s really in the Bible!

For we must all appear before the judgment seat of Christ; that every one may receive the things done in his body, according to that he hath done, whether it be good or bad. (2 Corinthians 5:10)

For those who are already familiar with the Biblical events, the Reformation and the Martyrs tours will renew your appreciation of the sacrifices men and women have made so that we were able to hear the Gospel! 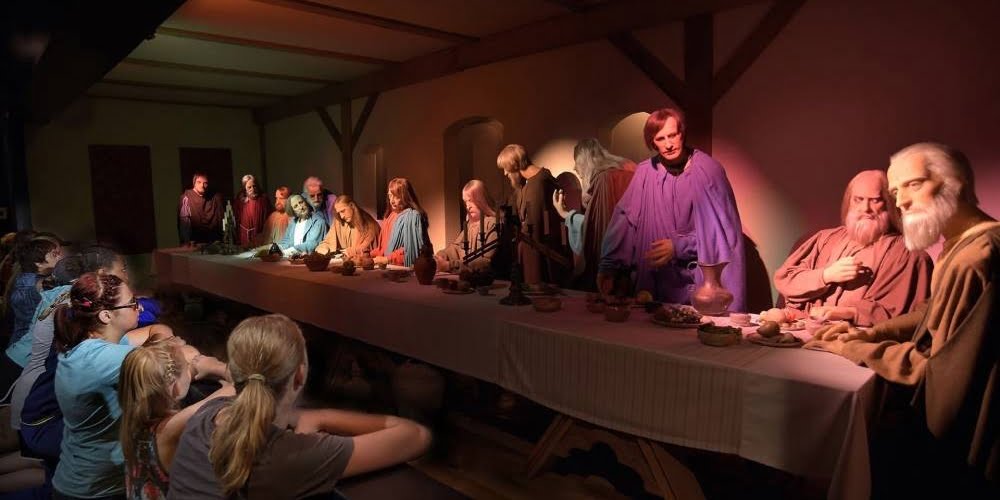