From December 31, 1862, to January 2, 1863, almost 3,000 soldiers were killed, and over 15,000 were wounded in the Battle of Stones River near Murfreesboro, Tennessee. Union troops under Major General William Rosecrans faced off against Confederate General Braxton Bragg‘s men.

During a battle, local homes would be impressed into service, often times as hospitals. Up the road from the battlefield proper is Elmwood, a private residence owned by the Hord family since 1842.

Thomas Hord sympathized with the Union yet his son fought for the Confederacy. When the Union army came, Hord said “the house was unexpectedly and suddenly taken for a hospital and the wounded brought in so rapidly that there was not time or means of removing the carpets or furniture.” The Hords “were allowed to occupy one of the smallest rooms below stairs.” His pregnant wife helped care for the wounded soldiers.

Union contractors cut down his cedar trees worth several thousand dollars to make almost 2,000 railroad ties, and only paid him $105. So he submitted a claim to the federal government that wasn’t resolved until 1911.

D.L. Moody, the Chicago Sunday School leader who welcomed President-elect Abraham Lincoln to his class, made nine trips to the front lines of the Civil War, and later would enter the Confederate Capitol with General Ulysses Grant.

While we don’t know what hospital D.L. Moody was at, this was a Union hospital during the Second Battle of Murfreesboro (Battle of Stones River). There’s a great National Park Site nearby of the battlefield. At one of the union hospitals in Murfreesboro, Mr. Moody relates:

I was in a hospital at Murfreesboro, and one night after midnight I was woke up and told that there was a man in one of the wards who wanted to see me. I went to him, and he called me ‘chaplain’ – I wasn’t a chaplain – and he said he wanted me to help him die. And I said, ‘I’d take you right up in my arms and carry you into the Kingdom of God if I could; but I can’t do it ‘I can’t help you to die. And he said, ‘Who can?’ I said, ‘The Lord Jesus Christ can – He came for that purpose.’ He shook his head and said, ‘ He cant save me; I have sinned all my life.’ And I said, ‘But He came to save sinners.’ I thought of his mother in the North, and I knew that she was anxious that he should die right, and I thought I’d stay with him. I prayed two or three times, and repeated all the promises I could, and I knew that in a few hours he would be gone. I said I wanted to read him a conversation that Christ had with a man who was anxious about his soul. I turned to the third chapter of John. His eyes were riveted on me, and when I came to the 14th and 15th verses, he caught up the words, As Moses lifted up the serpent in the wilderness, even so must the Son of Man be lifted up; that whosoever believeth on Him should not perish, but have eternal life.’ He stopped me and said. ‘is that there? I said, ‘Yes,’ and he asked me to read it again, and I did so. He leaned his elbows on the cot and clasped his hands together and said, That’s good; won’t you read it again?’

“I read it the third time, and then went on with the rest of the chapter. When I finished, his eyes were closed, his hands were folded, and there was a smile on his face. O! how it was lit up! What a change had come over it! I saw his lips quivering, and I leaned over him and heard, in a faint whisper. ‘As Moses lifted up the serpent in the wilderness, so must the Son of Man be lifted up, that whosoever believeth on Him should not perish, but have eternal life.’ He opened his eyes and said, That’s enough; don’t read any more.’ He lingered a few hours, and then pillowed his head on those two verses and went up in one of Christ’s chariots and took his seat in the Kingdom of God.

“You may spurn God’s remedy and perish; but I tell you God don’t want you to perish. He says, ‘As I live I have no pleasure in the death of the wicked.’ ‘Turn ye, turn ye, for why will ye die?'” 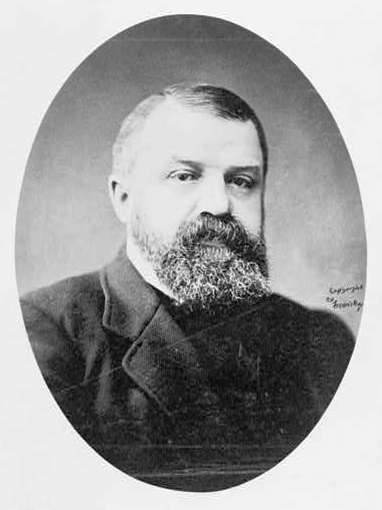