Site of one of the most famous trials in the 20th Century, featuring Clarence Darrow and William Jennings Bryan.

My first visit to the Scopes Trial Museum proved unsuccessful. It was the Christmas season and the County Executive ordered the building closed early for the day. So I took some pictures outside – the statues of William Jennings Bryan and Clarence Darrow – and left, planning to return again to the site.

The second voyage was successful – the bottom floor of the courthouse is a museum of the trial, and then I was able to enter the actual courtroom where Darrow and Bryan faced off.

In 1925, John Butler, a Tennessee legislator who was a leader in the World’s Christian Fundamentals Association, introduced a bill to ban the teaching of evolution, to the thanks of William Jennings Bryan, three time Democrat nominee for President of the United States.

The American Civil Liberties Union sought for a test case to overturn the law, and local mine manager George Rappleyea wanted the attention to come to the quiet down of Dayton.

Local high school science teacher John T. Scopes, wasn’t sure he actually taught evolution, but he found enough students to testify that he did to get an indictment from a Grand Jury.

The local prosecutors were Herbert and Sue Hicks. Sue was not a woman, but a man. Sue’s mother, Susanna Hicks, died giving birth to him, and so his father, another attorney named Charles Hicks, named him after his deceased mother. It is alleged that he was the inspiration for the Johnny Cash song “A Boy Named Sue” written by Shel Silverstein.

W.B. Riley, founder of the World’s Christian Fundamentals Association, reached out to William Jennings Bryan to engage him in the defense of the faith in general and Creation in particular to help prosecute Scopes.

The defense team included Arthur Hays, attorney for the ACLU, and the famous agnostic Clarence Darrow, with help from the liberal Unitarian Charles Francis Potter.

The trial became known as the Monkey Trial, and was jam packed.

I picked up a guidebook that pointed out the homes of the community members and jurors that set the drama of the event. The nearby John Morgan’s Furniture store converted its second floor to a press gallery for Harper’s Weekly.

Eventually the trial grew so big (and the room so hot) that it moved outdoors for the highlight – William Jennings Bryan would be cross-examined by Clarence Darrow!

Bryan’s big break into the political scene came as a result of a keynote speech, The Cross of Gold, at the 1896 Democratic National Convention. (Illinois State Senator Barack Obama used a similar speech at the 2004 DNC to catapult himself into the White House four years later.)

Karl Rove’s work on the 1896 election, The Triumph of William McKinley goes into detail on providential events that allowed the speech to happen: “If any of the seven breaks had played out another way, it is unlikely Bryan would have stepped on the stage to move a party with a thirty-minute speech that no one who heard it would ever forget.”

Yet this time, every “break” would go the other way. Bryan’s deal with Darrow was that Darrow would question him on the Bible, then Bryan would question Darrow on Evolution. But Darrow, having attacked Bryan for a full day on the stand, broke the agreement, and proceeded to change their plea to guilty. Because of this, Bryan was unable to question Darrow, and Bryan was unable to give his planned Summation. For a battle between “science” and “religion,” Bryan’s Summation would have drawn blood.

It is less than four years ago that Professor Bateson came all the way from London to Canada to tell the American scientists that every effort to trace one species to another had failed – every one. He said he still had faith in evolution but had doubts about the origin of species. But of what value is evolution if it cannot explain the origin of species? While many scientists accept evolution as if it were a fact, they all admit, when questioned, that no explanation has been found as to how one species developed into another.

This trial was the first to be broadcast on radio courtesy of Chicago’s WGN. Had Bryan been able to cross-examine the “defender of agnosticism” and proclaim his Summation on the nationwide broadcast, would the Trial be seen as a defense of Christianity instead of an attack?

Bryan would pass into eternity in Dayton, Tennessee, just five days after securing a conviction of John T. Scopes. He called for the founding of a college “to teach truth from a Biblical perspective” during the trial, and following his death, Bryan College would be established in Dayton. 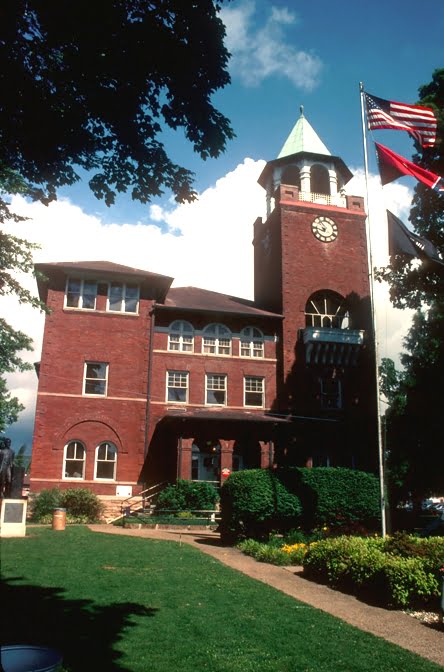