Patrick Henry (1736-1799) loved freedom – risking his life and being called a traitor to King George III. He loved his family – quitting at the peak of his political power to spend time with them. He respected devout Christians – but was he a Christian himself?

Patrick Henry, appears to have a similar testimony to later president, James K Polk. Both had a devout mother, and a less than spiritually enthusiastic father. Samuel Davies said Patrick’s father was “more intimately conversant with his Horace than with his Bible.” Both Polk and Henry had a lifelong openness to the gospel, and yet as best as we can tell, neither committed their life to Christ until near the end of their life.

Patrick Henry grew up under the First Great Awakening – well acquainted with the Biblical text, but it was not until the Second Great Awakening that began at Hampden-Sydney (a college Henry helped start) that some researchers think he was converted.

“He gave himself now more than ever to the study of the Bible.… The sermons of [Pastor Sherlock], he declared, had removed all his doubts of the truth of Christianity….One of his neighbors going to see him found him reading the Bible. Holding it up in his hand, he said: “This book is worth all the books that ever were printed, and it had been my misfortune that I have never found time to read it with the proper attention and feeling till lately. I trust in the mercy of Heaven that it is not yet too late. It was his habit to seat himself in his dining-room every morning directly after rising, and read his Bible, and as his children would pass him for the first time he would raise his eyes from his book and greet them with a “good morrow.”

In 1796, a few years before his death, he wrote to his daughter Betsy:

“Amongst other strange things said of me, I hear it is said by the deists that I am one of their number; and indeed, that some good people think I am no Christian. This thought gives me much more pain than the appellation of tory; because I think religion of infinitely higher importance than politics; and I find much cause to reproach myself that I have lived so long and have given no decided proofs of my being a Christian. But, indeed, my dear child, this is a character I prize far above all this world has or can boast. And amongst all the handsome things I hear said of you, what gives me the greatest pleasure is to be told of your piety and steady virtue.”

William Wirt Henry records that as he lay dying, he said, “Oh, how wretched should I be at this moment, if I had not made my peace with God!”

As his wife and children read his will, he assigned various lands to his children, cash gifts to his daughters, resources for his wife to raise the remaining children, and then, closed with these words:

“This is all the inheritance I give to my dear family. The religion of Christ will give them one which will make them rich indeed.”

Near his will, there was a sheet of paper sealed inside a wax envelope. For a man who left few paper records, this was maybe the most significant record he would leave. The sheet of paper was a copy of the Stamp Act Resolutions – his five bold declarations from 1765, back when he wasn’t even thirty years old, that motivated George Washington and Richard Henry Lee to side with the Patriots, and led to the independence of America.

On the back of the resolutions was his last words to his country. A handwritten warning to future generations.

“Whether this [revolution] will prove a blessing or a curse, will depend upon the use our people make of the blessings which a gracious God hath bestowed on us. If they are wise, they will be great and happy. If they are of a contrary character, they will be miserable. Righteousness alone can exalt them as a nation. Reader! whoever thou art, remember this; and in thy sphere practise virtue thyself, and encourage it in others.” 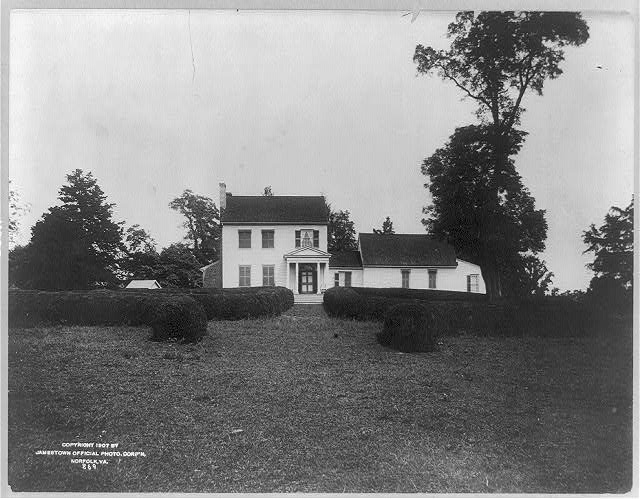