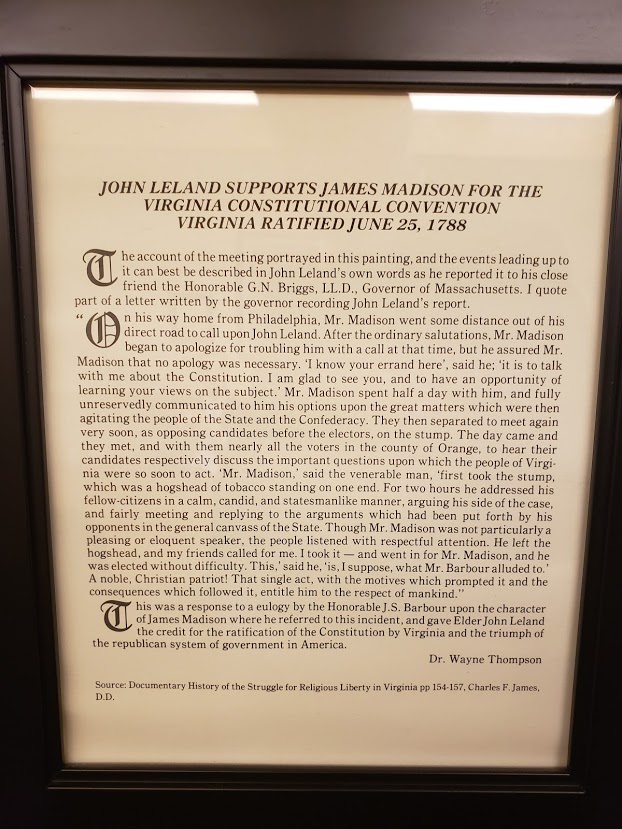 The Leland-Madison Memorial Park, six miles east of Orange, at the intersection of US 20/Constitution Highway and SR 658/Clifton Road, is the place where James Madison met in an oak grove with Baptist-Evangelist John Leland, to discuss the issue of religious freedom of conscience. This meeting led to the Bill of Rights.

Courageous leader of
the Baptist Doctrine
Ardent advocate of the principles
of democracy
Vindicator of separation
of church and state.
Near this spot in 1788, elder John Leland and James Madison, the father of the American Constitution, held a significant interview which resulted in the adoption of the Constitution by Virginia. Then Madison, a member of Congress from Orange, presented the First Amendment to the Constitution guaranteeing religious liberty, free speech, and a free press. This satisfied Leland and his Baptist followers. 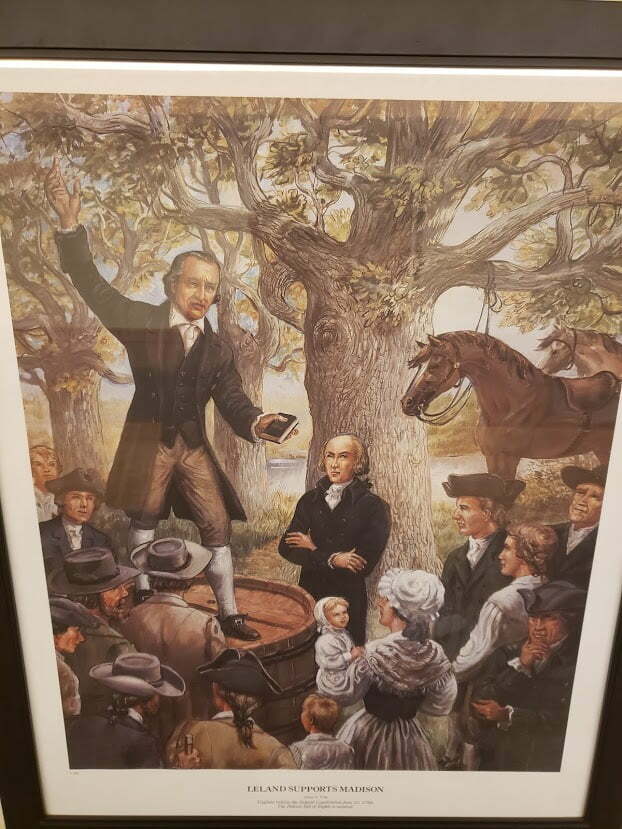