St. John’s Church symbolizes the foundations of our republic and the founding ideal of liberty. Here, Patrick Henry’s masterful argument summoned Americans toward independence with the immortal words, “Give me liberty or give me death” during the Second Virginia Convention of March 1775. In recognition of its historic significance, St. John’s Church was declared a National Historic Landmark in 1961.

The colony of Virginia held five conventions to organize its protests against Great Britain. St. John’s Church became famous as a memorial to American liberty when over 100 Virginia colonial leaders, including Patrick Henry, George Washington, Thomas Jefferson, Richard Henry Lee, and Peyton Randolph, met in the church as elected delegates to the Second Virginia Convention. Patrick Henry delivered his famous speech in support of liberty on March 23, 1775 as he defended his resolution to put the colony into a state of defense. His oration sparked the fire of revolution in the colony. Henry’s timely resolutions passed by a narrow margin and he became a visionary the following month when shots were fired at Lexington and Concord.

Henry’s speech had national implications, for Virginia’s support of independence prevented the American Revolution from becoming a regional conflict. Henry’s impassioned plea, “Give me liberty or give me death,” has endured as the most famous cry for freedom in the world. 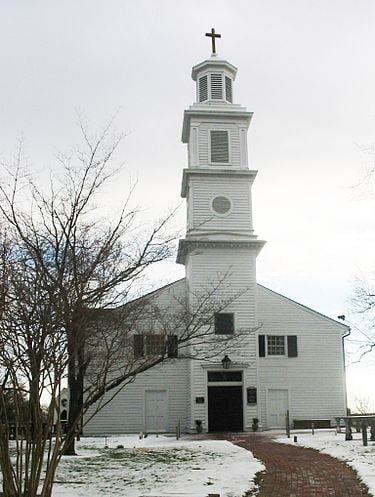 7.25 miles
No Reviews
Favorite
The lock and key belonging to the Culpeper Jail in the 1770s is a treasured relic preserved by the Virginia Baptist Historical Society in Richmond. Related Read more...
View all