John Jasper was the youngest of 24 children, born on July 4, 1812 to an enslaved family in Virginia. His father was a Baptist preacher, but died before he was born.

Despite his mother’s prayers, according to the Richmond Times he  served in the army of sin and Satan for 28 years.”

Then, at age 29, God got ahold of him. “My sins was piled on me like mountains; my feet was sinking down to the regions of despair, and I felt that of all sinners I was the worst. I thought that I would die right then, and with what I supposed was my last breath I flung up to heaven a cry for mercy.”

In 1849, he started preaching, especially at slave funerals, the only place he was allowed to preach ‘unsupervised.’

During the Civil War, Jasper ministered in the Richmond hospitals to the Confederate wounded and the Union prisoners of war. Jasper even preached to the Virginia General Assembly.

Following the war, he started a church on Brown’s Island, now the Riverfront Canal Walk. In 1873, following the opening of a bridge, he held a massive outdoor baptism. In 1901, he preached his final sermon at Sixth Mount Zion Church, with his text, “Ye Must Be Born Again.” 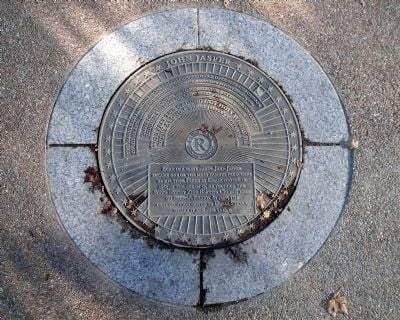