In 1774, Baptists in Tappahannock established the earliest Baptist church in Essex County-Piscataway (now Mt. Zion) Baptist, on Dunbrooke Road. On that same day, inside the local Essex County Courthouse, which is now the oldest courthouse building in Virginia, officials sentenced fines and imprisonments to the three men who preached the church’s opening service – John Waller, John Shackleford, and Robert Ware. Their crime was “preaching and expounding the Scriptures contrary to law.” Shackledford and Ware spent eight days in the local jail. Waller spent fourteen. This 1728 Essex County Courthouse, with its thick walls of Flemish bond brick, still stands on the corner of US 360 and US 17. In a turn of irony, from 1878 to 2007, this same courthouse would serve as a church. In 1875, Frank Brown Beale had founded Tappahannock’s Centennial Baptist Church, named for the forthcoming, one-hundredth anniversary of America’s founding. In 1878, the church purchased the courthouse and added a bell tower to the front. Near the location of Beale’s pulpit, magistrates had condemned Waller, Shackleford, and Ware for preaching Christ. These same dense walls, which had resounded condemnation against preaching, would reverberate the gospel for 130 years. When Frank Beale died in 1908, the church changed its name to Beale Memorial Baptist. During 2004-7, the church moved into new facilities on Tidewater Trail, just north of town, and sold the 1728 courthouse building back to Essex County. 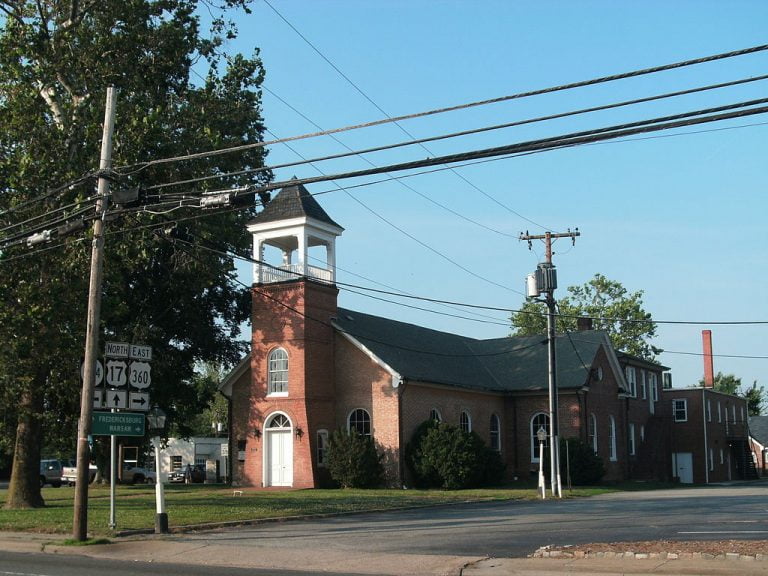