We’re here in Seattle at Ballard Baptist Church, built in 1919, where Helen Lemmel was a member while she wrote Turn Your Eyes upon Jesus.
She was born Mary Helen Howarth in the Manchester area of England, November 14, 1863, to a Methodist Minister. Her father took the family from England to Whitewater, Wisconsin when she was still young.
In Wisconsin she met and married William Lemmel in 1887 and the 1900 census found her living in Milwaukee going by her middle name, Helen Lemmel.
Well accomplished in music, she studied in Chicago, and performed and taught throughout southeast Wisconsin and Chicago.

A newspaper told how she was widowed and left with two children.  Perhaps that’s why she switched from secular music (for which she was often written up in the papers) to religious music.

She would go on to teach singing at the Moody Bible Institute in Chicago and then at the Bible Institute in Los Angeles, now known as BIOLA. She would write more than 500 hymns and poems, as well as a children’s book entitled “Story of the Bible”.
At the peak of Billy Sunday’s ministry – she led a woman’s choral group for the crusade.
Starting in 1904 she was based out of Seattle, where she was a music critic for the Post-Intelligencer.

Helen’s most famous song – Turn Your Eyes Upon Jesus – was inspired by a letter by an almost forgotten English woman named Lilias Trotter.

Decades earlier, John Ruskin was the greatest art critic of the 1800’s and interestingly a close friend of Charles Hadden Spurgeon and even attended the Metropolitan Tabernacle. But, he preferred the finer things of this life to the hereafter.
Ruskin was mentoring a young artist named Lillias Trotter. They would sketch scenes of London, and Ruskin said that ‘she seemed to learn everything the instant she was shown it’. He would go on to say that ‘She would be the greatest living painter and do things that would be immortal!’
But unlike Ruskin, Trotter had other priorities. She left England as a single female missionary in the 1800s to the Muslims of North Africa.

By this time Helen Lemmel had remarried, and in 1918, a friend gave her Trotter’s tract, Focused. It talks about a simple dandelion – but when the sun comes up – the dandelion is so filled with sunlight that it seems to shine, radiating the light that it is filled with. The tract continued  ‘So then, turn your eyes upon him, look full into his face and you will find that the things of earth will acquire a strange new dimness’.
Helen Lemmel sat down and wrote. Initially called “The Heavenly Vision,” the song appeared in Glad Songs. It was sung at the 1922 Keswick Convention in England and eventually became known by its refrain, “Turn Your Eyes Upon Jesus.”

Then tragedy struck Helen.  She was diagnosed with a condition that was turning to blindness.  Her husband, a world traveler who couldn’t think of an disabled wife, abandoned her. In spite of the tragedy, Helen remained faithful to Jesus and was drawn closer to him. Her words became quite prophetic:

O soul are you weary and troubled
No light in the darkness you see?
There’s light for a look at the savior
And life more abundant and free
Turn your eyes upon Jesus
Look full in His wonderful face
And the things of earth will grow strangely dim
In the light of his glorious grace
Thro’ death into life everlasting,
He passed, and we follow Him there;
O’er us sin no more hath dominion
For more than conqu’rors we are!

According to her obituary, Lemmel was a member at Ballard Baptist Church in Seattle at the time of her death in 1961 at age 97. 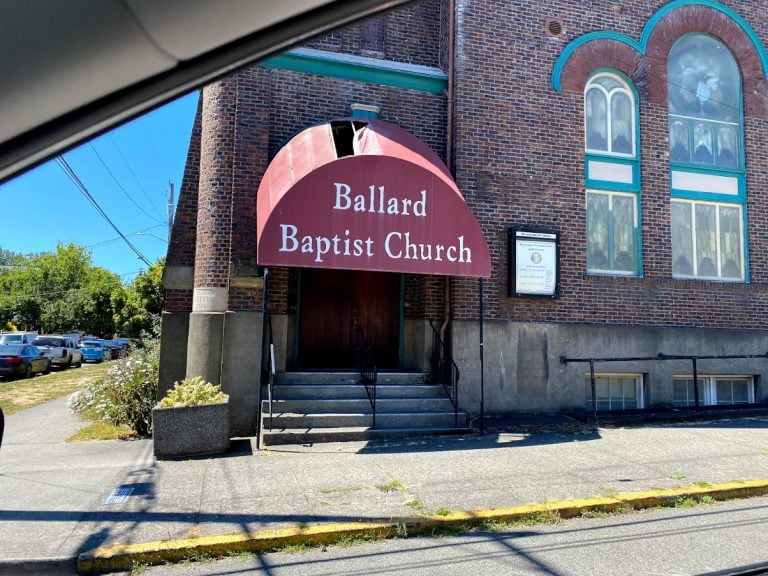