Governor Alexander Randall was afraid Abraham Lincoln might lose the 1860 presidential election. In that case, Wisconsin would secede from the Union to protest the pro-slavery administration.

The Irish Union Guard opposed secession, and as a result the governor confiscated their weapons. To raise money for new weapons, they chartered the PS Lady Elgin on September 6, 1860, for a trip to Chicago.

Early on September 8th, as they returned to Milwaukee, the schooner Augusta rammed the Lady Elgin. Two life boats with just 18 passengers made it safely to shore.

It was the greatest tragedy ever on the Great Lakes. Over 300 souls perished, many just yards from shore.

Edward Spencer, a student at Garrett Biblical Institute, tied a rope around himself and for six hours swam out to rescue 18 of the passengers. Exhausted, he collapsed, and when he came to, he turned to his brother and said, “Will, did I do my full duty — did I do my best?”

A few years later, Ensign Edwin Young, future Dean of Music at a College in Texas, was thinking on Edward Spencer’s words, and wrote these words.

I wonder have I done my best for Jesus,

Who died upon the cruel tree?

To think of His great sacrifice at Calvary!

I know my Lord expects the best from me.

How many are the lost that I have lifted?

How many are the chained I’ve helped to free?

I wonder, have I done my best for Jesus,

When He has done so much for me? 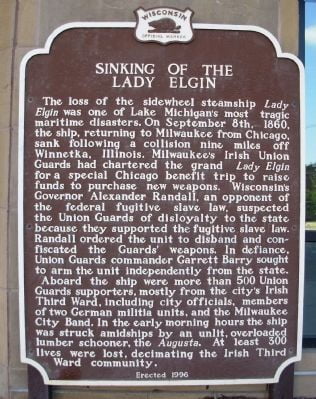