Billy Sunday and his two brothers were orphaned when their father became an early Civil War casualty, and life for the family was a struggle despite Mary Jane Sunday’s remarriage in 1864. The boys attended a one-room school (Clearview School) just west of the farm where their teacher, C.G. McCarthy, first instilled a love of baseball. Mary Jane offered her sons love and nurturing, but after her second marriage ended in divorce, and a third union to an itinerant carpenter provided little family support, the two younger boys, Billy and Ed, were placed in orphanages. Billy returned to the Cory farm when he was fourteen, but differed with his grandfather to the extent that he chose to live on his own. He moved to nearby Nevada, Iowa, where he became acquainted with Colonel John Scott, a leading citizen and the state’s Lieutenant Governor.

Billy Sunday attended Nevada High School, also working as a janitor and doing chores for Colonel Scott, who provided him with room and board. He continued to play noteworthy baseball in Nevada, and in Marshalltown where he moved to take a job in a furniture shop. In Marshalltown he was discovered on the city team by Adrian Anson, captain of the Chicago baseball team then known as the White Stockings (today known as the Cubs). Billy rose to the major leagues in 1883 after trying out for the team. He remained a professional baseball player from 1883 to 1890 for Chicago, Pittsburgh, and Philadelphia. He even held the National League record for running bases in fourteen seconds. His record of ninety-six stolen bases in one season was exceeded only by Ty Cobb’s mark of ninety-eight.

By 1891 he had begun to divide his time between baseball and the Chicago Y.M.C.A. The spirit of his mother’s nurturing love and his religious training in the orphanage were reawakened and influenced Sunday to change his life. Turning down an offer of $500 a month to play with Cincinnati’s National League Club, Billy accepted an $85 a month job with the Chicago Y.M.C.A. His reputation as a ball player provided natural appeal to the young men he worked with. He attended Northwestern University where the study of Psychology reinforced his love of people and contributed to the mastery of audiences. After three years with the Y.M.C.A., he went to work with J. Wilbur Chapman, well known Presbyterian evangelist. Billy Sunday’s first platform appearance was in Garner, Iowa, in 1896. There he first became aware that his direct, sincere manner of speaking got through to people.

In 1903 he was ordained into the mainline Presbyterian denomination of his day. He became known as the Baseball Evangelist, using his baseball background, slangy language, flamboyant manners, and highly developed promotional methods to become the most popular evangelist of his time. It won’t save your soul if your wife is a Christian. You have got to be something more than a brother-in-law to the Church.

Sunday lived at a time when American society was in the mood for the idealism Sunday expounded. He was supported and sought after by U.S. presidents and community leaders throughout the country. His trademarks were pointed, sometimes earthy and always quotable one-liners, and theatrical antics at the podium. I know there is a devil for two reasons, first, the Bible declares it, and second, I have done business with him.

Billy Sunday urged his audiences to become active in the church and he believed the church should be active in social issues. I don’t believe that God wants any man to be a hermit. Jesus Christ did not wear a hair shirt and sleep upon a bed of spikes. He went among the people and preached the Gospel.

Though conservative by some standards, he advocated women’s right to vote, labor unions, and sex education. Many people disagreed with his theology, but they supported his down to earth style and his position on moral problems. If you would have your children turn out well, don’t turn your home into a lunch counter and lodging house. Billy Sunday died on November 6, 1935 at the age of seventy-three, ending one of the most remarkable careers of the twentieth century, supposedly preaching to over 100 million people in his many tent revivals. He was buried in Chicago.

Billy Sunday said, Paul said he would rather speak five words that were understood than ten thousand words in an unknown tongue. That hits me. I want people to know what I mean, and that’s why I try to get down where they live. What do I care if some puff-eyed, dainty little dibbly-dibbly preacher goes tibbly-tibbling around because I use plain Anglo-Saxon words. 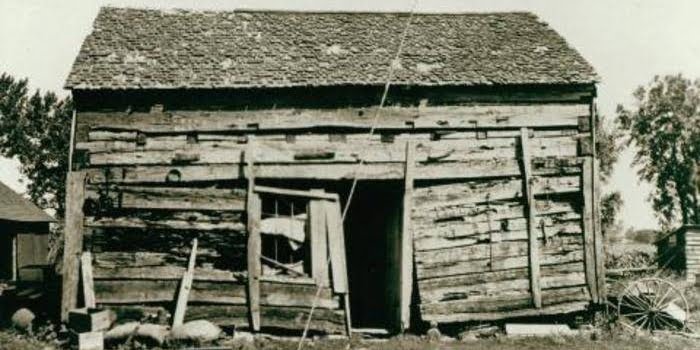 0.47 miles
No Reviews
Favorite
According to the Ames Historical Museum, Billy Sunday attended Clearview School, a one-room schoolhouse on the northwest corner of South Duff & Airport Road in Washington Township. At the time, Sunday was living with his maternal grandparents, the Cory’s. Related Read more...
View all