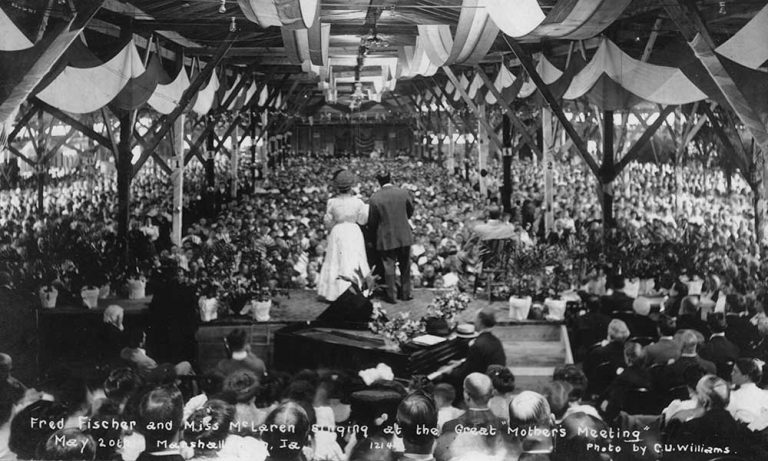 Billy Sunday (1862-1935) is regarded as the most prominent — and influential — evangelist of the early part of the 20th century. Born near Ames, he spent part of his youth in Marshalltown, then returned here in 1909, where he spoke to a packed tabernacle of his followers.

“He came to Marshalltown for six weeks in 1909, and spoke twice a day to crowds of 6,000 people at a time,” said Craig Bishop of Hutchinson, Minn., who will be giving a presentation on the famed evangelist on Thursday, March 15 at 6:30 p.m. at the Historical Society of Marshall County’s Museum….

The tabernacle in Marshalltown in which Sunday did his preaching was located at Third Street and Main Street. One sermon was called “Booze Or Get On The Water Wagon.” That sermon was regarded as an influential factor in Marshalltown closing its saloons just two years later — years before Prohibition was passed nationally.

Bishop will utilize a variety of primary sources for his talk, including 1930s-era newsreels with Sunday preaching, and interviews of his wife Helen Thompson Sunday. 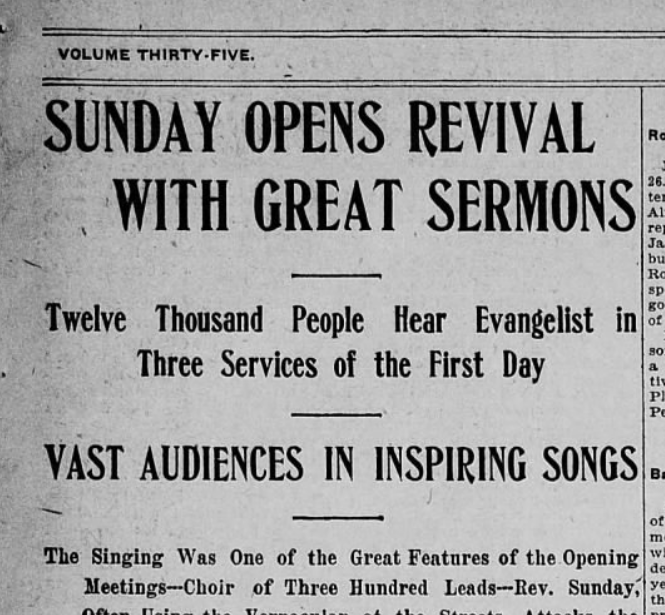