Author of Wonderful Grace of Jesus:

Refrain:
Wonderful the matchless grace of Jesus,
Deeper than the mighty rolling sea;
Higher than the mountain, sparkling like a fountain,
All-sufficient grace for even me!
Broader than the scope of my transgressions,
Greater far than all my sin and shame;
Oh, magnify the precious Name of Jesus,
Praise His Name!

Haldor Lillenas (19 November 1885 – 18 August 1959) was “one of the most important twentieth-century gospel hymn writers and publishers”[1] and is regarded as “the most influential Wesleyan / Holiness songwriter and publisher in the 20th century”.[2] Additionally, Lillenas was an ordained minister in the Church of the Nazarene, author, song evangelist, poet, music publisher and prolific hymnwriter, who is estimated to have composed over 4,000 hymns,[3] the most famous being Wonderful Grace of Jesus.[4] In 1931 Lillenas was the producer of Glorious Gospel Songs, the first hymnal for the Church of the Nazarene.[5] In 1982 Lillenas was inducted into the Gospel Music Hall of Fame.[6]

From a very young age, Lillenas began to write his own songs, however it was not until he was 19 years old, that he attempted to have them published. In a 1948 interview, Lillenas indicated: “I was living in North Dakota at that time and I noticed an advertisement from a publishing company asking for new songs to publish. I didn’t know then that a reputable publisher never has to advertise for songs. I spent $25 to have my songs published and I received $3.65 in “royalties” from that venture. My first few songs were not too successful.”[65] In the same interview he revealed that after many rejections, he finally succeeded in selling ten of his songs to one publisher for 50 cents each. One of these songs, He Set Me Free, became popular.[65] Lillenas indicated that soon after his conversion at the age of 21, that he began to increasingly write hymns and songs that expressed his faith and joy.[66] Lillenas was a prolific composer of hymns, and it is estimated that “in his lifetime, he wrote some 4,000 hymns, and supplied songs for many evangelists.”[67] Lillenas composed songs for cantatas for Easter and Christmas, Special Day church services.[41] Lillenas used many pseudonyms to compose his songs, including Virginia Rose Golden, Laverne Gray, Richard Hainsworth, Rev. H. N. Lines, Robert Whitmore and Ferne Winters.[67] In 1938 Lillenas became a member of the American Society of Composers, Authors and Publishers (ASCAP).[68]

While some of his hymns, such as Wonderful Grace of Jesus and The Bible Stands, crossed denominational barriers and appeared in the hymnals of various Protestant churches, most were used by Lillenas’ own denomination and its ecclesiastical cousins within the Wesleyan-Holiness movement. Nazarene historian Floyd Cunningham sees “the number of songs by Haldor Lillenas that we sang, that were peculiar to us” as evidence of increased sectarianism in the Church of the Nazarene in its second generation.[69] Timothy Smith asserts that this generation believed that “to keep the Spirit in the church, it seemed necessary to keep up the tempo.”[70] Among the prominent hymns that Lillenas wrote are:

In 1958 Lillenas wrote The Sun Never Sets, a song to commemorate the fiftieth anniversary of the creation of the Church of the Nazarene,[87] based on a quotation from early Nazarene founder Phineas Bresee, who often said: “We are in the sunrise of the Nazarene movement and the sun never sets in the morning.”[88]

Lillenas’ best known song is probably Wonderful Grace of Jesus, which he wrote during his pastorate at the Church of the Nazarene in Auburn, Illinois. Lillenas explains the origin of this gospel song:

In 1917, Mrs. Lillenas and I built our first little home in the town of Olivet, Illinois. Upon its completion, we had scarcely any money left to furnish the little home. Having no piano at the time, and needing an instrument of some kind, I managed to find, at one of the neighbor’s home, a little wheezy organ which I purchased for $5.00. With the aid of this instrument, a number of my songs, were written which are now popular, including ‘Wonderful Grace of Jesus.’[89]

Wonderful Grace of Jesus was copyrighted in 1918, but not published until 1922 in the Tabernacle Choir Book. Lillenas was paid $5.00 for this song.[89] 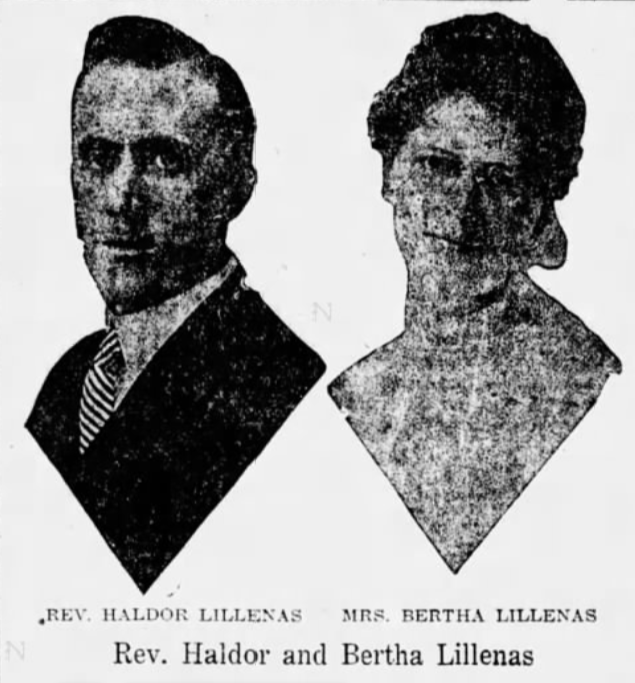