Theodore H. Epp (January 27, 1907 – October 13, 1985) was an American Christian clergyman, writer, and a radio evangelist. Epp was the founding director and speaker of the Back to the Bible broadcasts between 1939–1985, heard worldwide on eight hundred stations in eight languages.[1]

Epp was born in Oraibi, Arizona, the son of Russian Mennonite immigrants.[2] His parents were missionaries to the Hopi Indians there. After graduating from Oklahoma Bible Academy, Epp attended Hesston College, Hesston, Kansas and the Bible Institute of Los Angeles (now, Biola University), Epp received a ThM degree in 1932 from Southwestern Baptist Theological Seminary in Fort Worth, Texas.

He started his ministry as a pastor and radio preacher in Goltry, Oklahoma and then relocated to Lincoln, Nebraska, where he established the Back to the Bible radio program.[2] It was first broadcast May 1, 1939, on a local station and was eventually syndicated as a daily, 30-minute program to more than 800 radio stations worldwide by the time of his retirement in 1985.[1][2][3]

Under Epp’s direction, the broadcasts were also noted for music by the Back to the Bible Choir and quartet. Several popular recordings were made by the choir in the 1940s and 1950s. Back to the Bible also had a weekly youth program, featuring a youth choir and serialized adventures with a Christian theme.[4] Both the music and youth program have since been discontinued. Epp wrote nearly 70 books and magazine articles.[1]

Theodore Epp died in 1985 in Lincoln, Nebraska, and is buried at Lincoln Memorial Park there.[5] 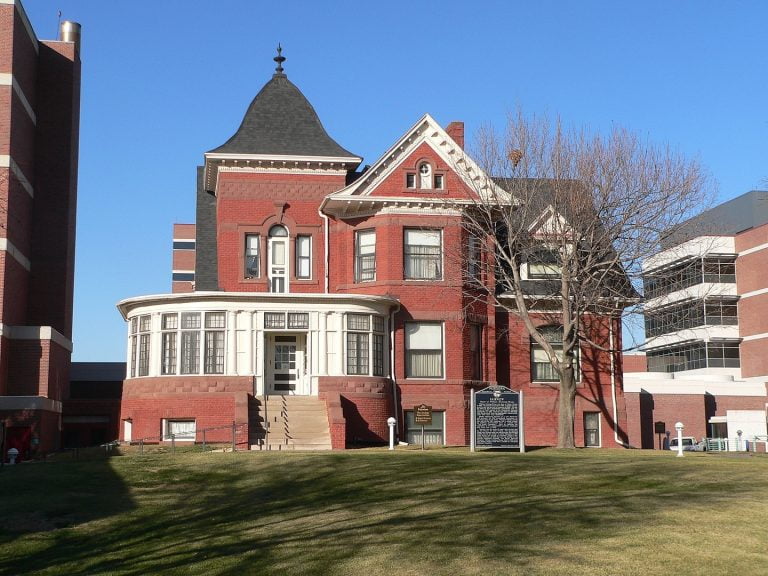 3.51 miles
No Reviews
Favorite
Built in 1902 for William Jennings Bryan, it was donated in 1921 to be used as a hospital that now surrounds the home.   For more information on Fairview, or to schedule a tour, call 402-481-3032. Please schedule tours at least 48 hours in advance. Related Read more...
View all