Scotchtown is best known as the site from which Patrick Henry rode to Richmond in March of 1775 to deliver his infamous “Liberty or Death” speech. . Some have even suggested that the house, where he had been forced to confine his wife Sarah due to her increasingly poor mental health, inspired his greatest speech. But the Henry family lived here only briefly, from about 1771 until 1776 when Henry was appointed Governor of Virginia and relocated to Williamsburg.

Scotchtown had been built sometime around 1725 by Charles Chiswell. Chiswell was a planter and iron industrialist. He was visited by William Byrd in 1732, who described Scotchtown as “very clean and [everything] very good.”

Originally, the house was less than half the size of the present-day Scotchtown, consisting of a four room frame structure over a brick foundation. The house was expanded to its current size in the 1740s or 1750s.

Scotchtown remained in the Chiswell family until the 1760s, when financial hardships forced the sale of the plantation. Afterwards it passed through a series of hands (including Henry’s) before being purchased by John Mosby Sheppard around 1801. The Sheppard family and their descendants lived at Scotchtown until 1958 when the house was purchased and restored by Preservation Virginia.

Following Henry’s death, John Adams wrote to Thomas Jefferson singing his praises: “In the Congress of 1774 there was not one member, except Patrick Henry, who appeared to me sensible of the Precipice or rather the Pinnacle on which he stood, and had the candour and courage enough to acknowledge it.”

Henry was the first elected governor of Virginia, a devoted father of 17 children, and the most famous orator of his day. Born in Hanover County, Henry made a name for himself as a young lawyer in the Parsons’ Cause at Hanover Courthouse in 1763. His 1765 resolutions against the Stamp Act articulated the basic principles of the American Revolution. Henry is perhaps best known for his immortal words “Give me liberty or give me death,” which he delivered during the Second Virginia Convention in a speech to fellow delegates George Washington and Thomas Jefferson at St. John’s Church in 1775. His impassioned words helped move colonists toward American independence and they continue to inspire the cause of freedom around the world.

Known as the “Voice of the Revolution,” Henry’s political career included 26 years of service in the Virginia legislature and five terms as governor. He helped draft the Virginia Constitution of 1776 and its Declaration of Rights. A leading critic of the U.S. Constitution, Henry also strongly influenced the creation of the Bill of Rights. Following his death, Henry was buried at Red Hill Plantation, now the site of the Patrick Henry National Memorial. 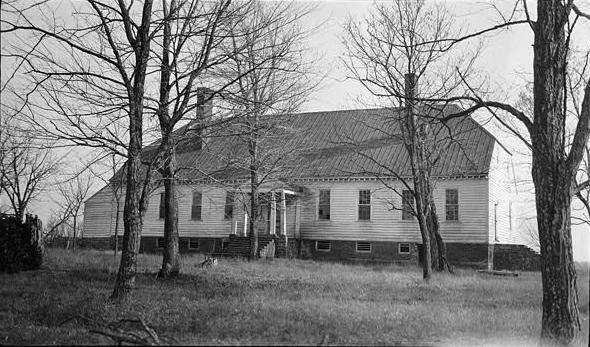 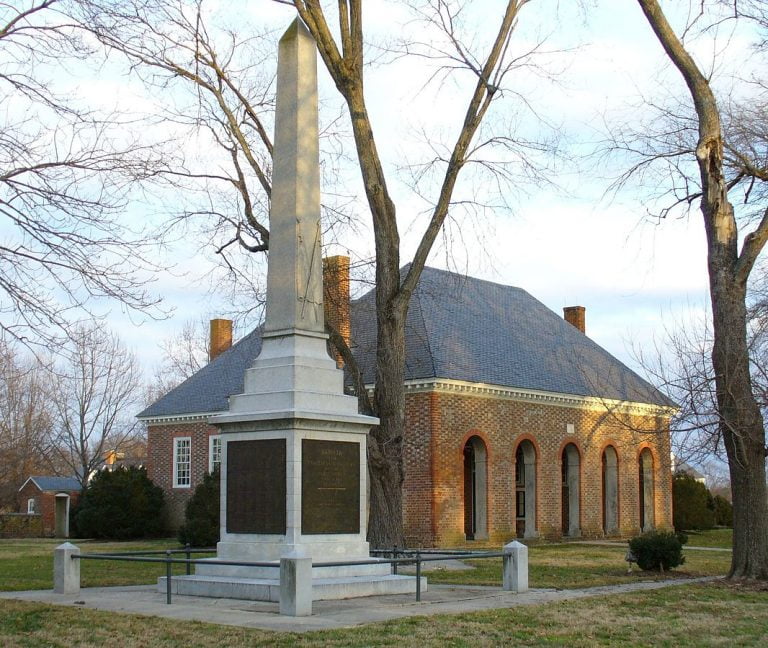 12.99 miles
No Reviews
Favorite
From Wikipedia:   Hanover County Courthouse is a historic courthouse located in the community of Hanover Courthouse, the county seat of Hanover County, Virginia. Built about 1735, it is one of the nation’s oldest courthouses still in use for that purpose. It is historically notable as the site of the Parson’s Cause case, which was argued by Patrick Henry in 1763. It was designated a National Historic Landmark in 1973.[2] A modern Read more... 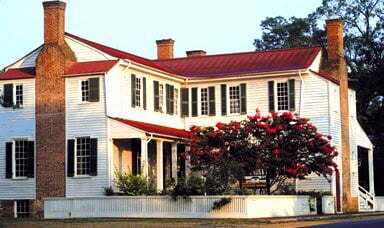 13.23 miles
No Reviews
Favorite
From Wikipedia: A view looking across Route 301 from the courthouse green to the Hanover Tavern. Patrick Henry stayed at a predecessor tavern when he argued his famous Parson’s Cause at the Hanover Courthouse. Related Read more... 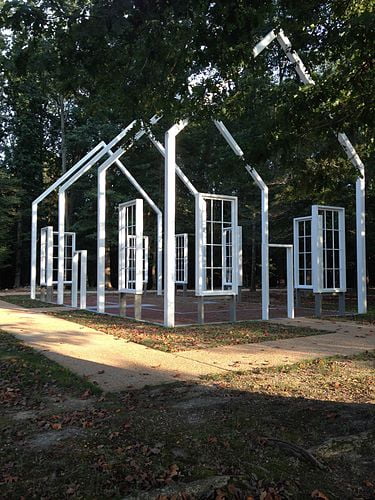 19.64 miles
No Reviews
Favorite
Samuel Davies was born in Delaware, trained in Pennsylvania, and at 23 years of age, a missionary to Virginia. He was a “New Light” Presbyterian (like George Whitfield) that taught salvation by grace alone, thru a personal conversion that resulted in a Romans 12:2 transformation. He arrived in Hanover County, Virginia, and took Samuel Morris’ reading houses  (such as we Read more... 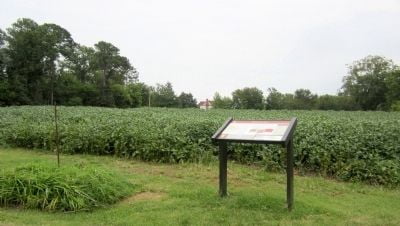 20.2 miles
No Reviews
Favorite
Photo By Bernard Fisher, September 2, 2011, HMDB   Only archaeological remnants of Studley survive today, but in the 18th century this was the site of an impressive two-story brick house. Studley was built by John Syme in the 1720s for his wife Sarah Winston. After his death, she married John Henry. The couple’s nine children were born at the Read more...
View all