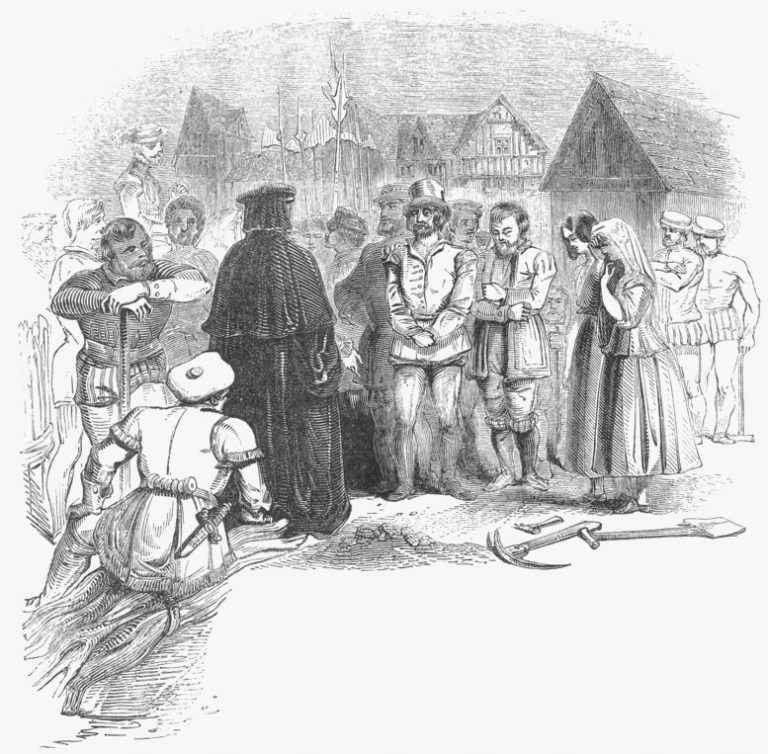 ‘WORTHY THE LAMB THAT WAS SLAIN‘

‘THEY OVERCAME HIM BY THE BLOOD OF THE LAMB AND THE WORD OF THEIR TESTIMONY AND THEY LOVED NOT THEIR LIVES UNTO THE DEATH. Rev. XII. II‘

To the Glory
of
GOD
in his suffering Saints
This Monument
is raised to perpetuate the great
principles of the Reformation
and
to commemorate the death
of 18 Protestant Martyrs
burnt in this neighbourhood
for the pure faith of Jesus Christ.

The Stratford Martyrs Memorial is a memorial that commemorates the group of 11 men and two women who were burned at the stake together for their Protestant beliefs, at Stratford-le-Bow or Stratford near London in England on 27 June 1556, during the Marian persecutions.

In 1879, a large monument was erected in St John’s churchyard in Stratford Broadway, to commemorate the 13 and others who were executed or tortured in Stratford during the persecutions. Designed by J T Newman, it consists of an ornate hexagonal column, capped with a 12-sided spire rising to a height of 65 feet. One side of the column carries a terra cotta plaque, sculpted in relief, based on the illustration of the martyrdom in Foxe’s book. The other panels carry the names of the 13 martyrs, together with Elizabeth Warne (burnt 23 August 1555), Stephen Harwood (burnt 30 August 1555), Hugh Laverock and John Apprice (both burnt 15 May 1556). Also included are Patrick Packingham, who was actually executed at Uxbridge and the Reverend Thomas Rose, the Vicar of All Saints Church, West Ham, who “was tortured and exiled for preaching against auricular confession, transubstantiation, purgatory and images“.[1] The memorial is Grade II listed on the National Heritage List for England.[2]

The monument was paid for by public subscription; the chairman of the appeal committee was Rev. William Jay Bolton, the Vicar of Stratford. It was inaugurated in a ceremony on 2 August 1879, presided over by the Earl of Shaftesbury, who made a strongly anti-Catholic speech.

A detailed description of the event is in John Foxe‘s book, The Acts and Monuments.[1] Foxe lists those executed: Henry Adlington, a sawyer of Grinstead, Laurence Pernam, a smith of Hoddesdon, Henry Wye, a brewer of Stanford-le-Hope, William Halliwel, a smith of Waltham Holy Cross, Thomas Bowyer, a weaver of Great Dunmow, George Searles, a tailor of White Notley, Edmund Hurst, a labourer of Colchester, Lyon Cawch, a Flemish merchant of the City of London, Ralph Jackson, a servant of Chipping Ongar, John Derifall, a labourer of Rettendon, John Routh, a labourer of Wix, Elizabeth Pepper of Colchester who was pregnant, and Agnes George of West Bergholt. A further three men, Thomas Freeman, William Stannard, and William Adams, were given a dispensation by Cardinal Pole, the Archbishop of Canterbury, for reasons that remain unclear.[1]

The 16 accused had been brought to Newgate in London from various parts of Essex and Hertfordshire. There, beginning on 6 June 1556, at an ecclesiastical tribunal under the direction of Thomas Darbyshire, the chancellor of Edmund Bonner the Bishop of London, they were charged with nine counts of heresy, to which they all either assented or remained silent. All of them were condemned to death and later published a letter detailing their beliefs in rebuttal of a sermon that had been preached against them by John Feckenham, the Dean of St Paul’s. On 27 June 1556, the remaining 13 were brought from London to Stratford, where the party was divided into two and held “in several chambers”. Here, the sheriff unsuccessfully attempted to persuade each group to recant, by telling them falsely that the other group had already done so.[1]

The executions were said to have been attended by a crowd of 20,000. The exact place of the execution is unknown; the most likely site is thought to have been Fair Field in Bow (then known as Stratford-le-Bow), north of the present day Bow Church DLR station.[2] An alternative suggested location is Stratford Green,[3] much of which is now occupied by the University of East London Stratford Campus. This theory seems to date only from the erection of a monument to the martyrs in the nearby churchyard of the Parish Church of St John the Evangelist in 1879.[4] According to Foxe, “eleven men were tied to three stakes, and the two women loose in the midst without any stake; and so they were all burnt in one fire”.[1] 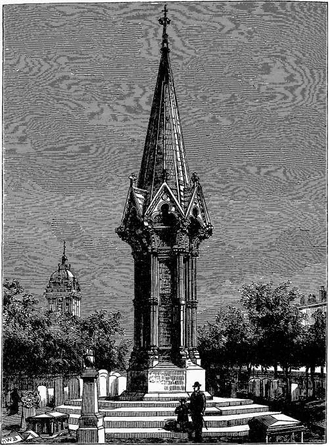 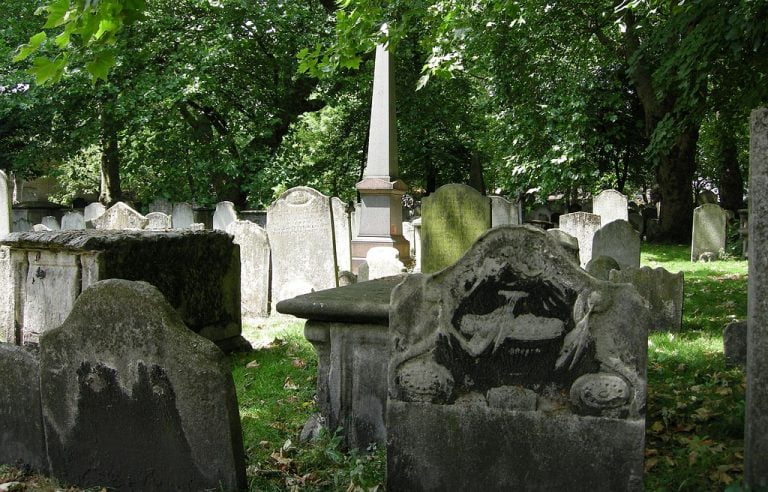 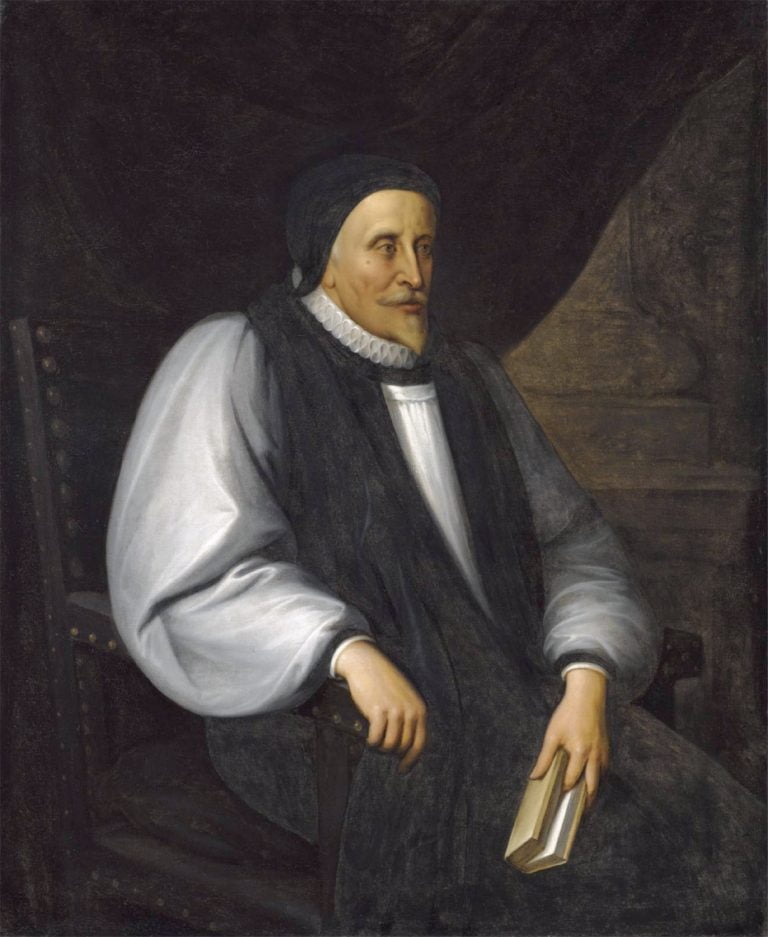 4.66 miles
No Reviews
Favorite
Inside the nearby Southwark Cathedral is the tomb of Bishop Lancelot Andrewes, a translator of the King James Bible. Be sure to see the John Harvard Chapel. Near the Southwark Cathedral is a full-sized reconstruction of the warship, Golden Hinde, used by Sir Francis Drake when he circumnavigated the world in 1577-80. copyrighted and used by permission from David Beale, Baptist History in Read more...

4.71 miles
No Reviews
Favorite
On London’s Clink Street, the Clink Museum stands at the ruins of this infamous prison, where John Greenwood, Henry Barrow, and Francis Johnson (of the “Ancient Church”), along with Henry Jacob, and John Lathrop (forerunners of Particular Baptists), all suffered incarceration, during 1587-1634. copyrighted and used by permission from David Beale, Baptist History in England and America: Personalities, Positions, and Practices   Read more... 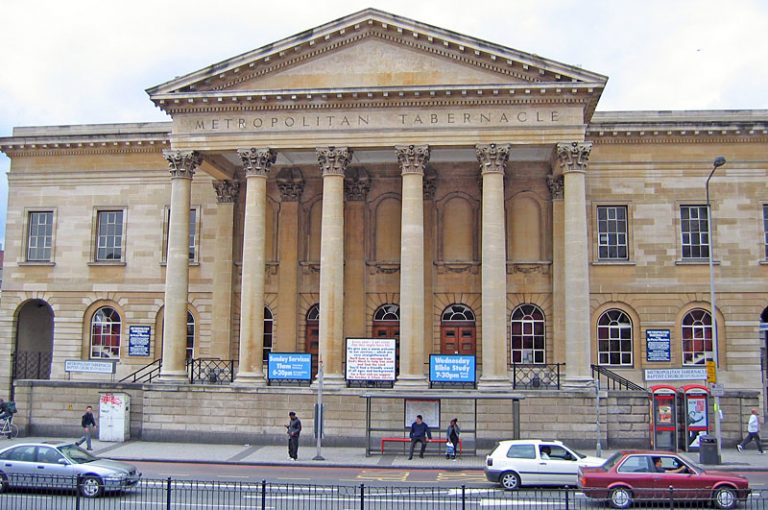 5.54 miles
No Reviews
Favorite
Watch Douglas Whitney as Spurgeon:   Metropolitan Tabernacle, where Charles Spurgeon once served, is at the junction of Elephant and Castle Streets (Southwark). copyrighted and used by permission from David Beale, Baptist History in England and America: Personalities, Positions, and Practices   Photo By The original uploader was Secretlondon at English Wikipedia. – Transferred from en.wikipedia to Commons., CC BY-SA 3.0, Read more... 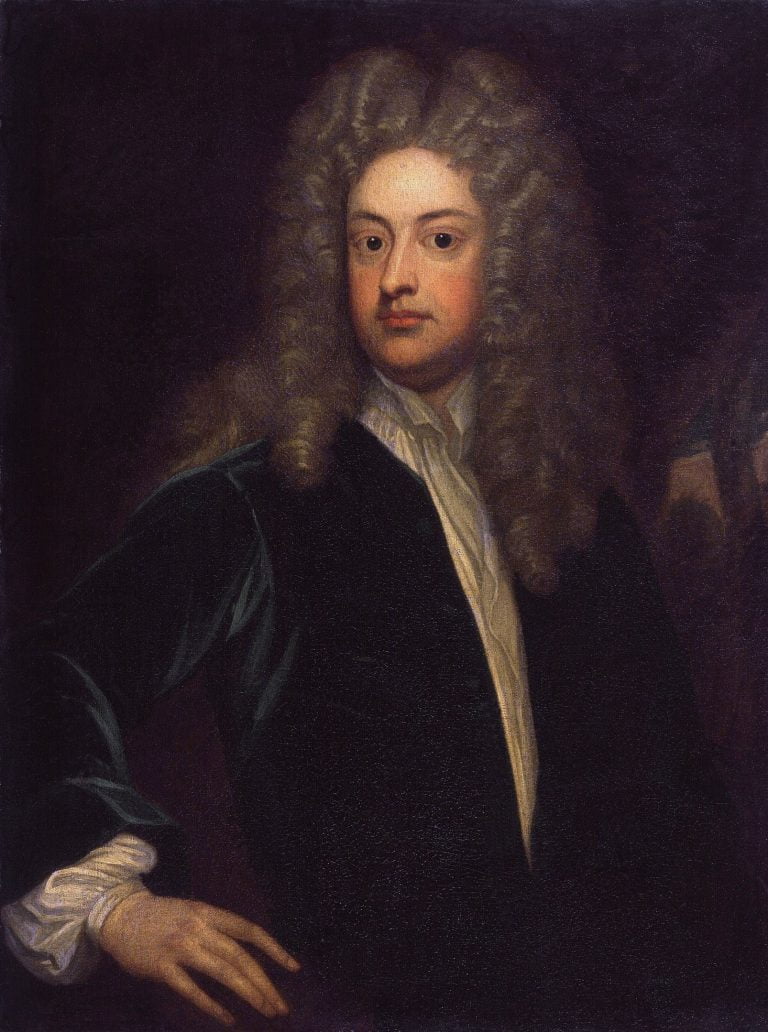 6.3 miles
No Reviews
Favorite
From Wikipedia: Joseph Addison (1 May 1672 – 17 June 1719) was an English essayist, poet, playwright, and politician. He was the eldest son of The Reverend Lancelot Addison. His name is usually remembered alongside that of his long-standing friend Richard Steele, with whom he founded The Spectator magazine. Author of: When All Thy Mercies, O My God   1 When all your mercies, O my God, my Read more...
View all