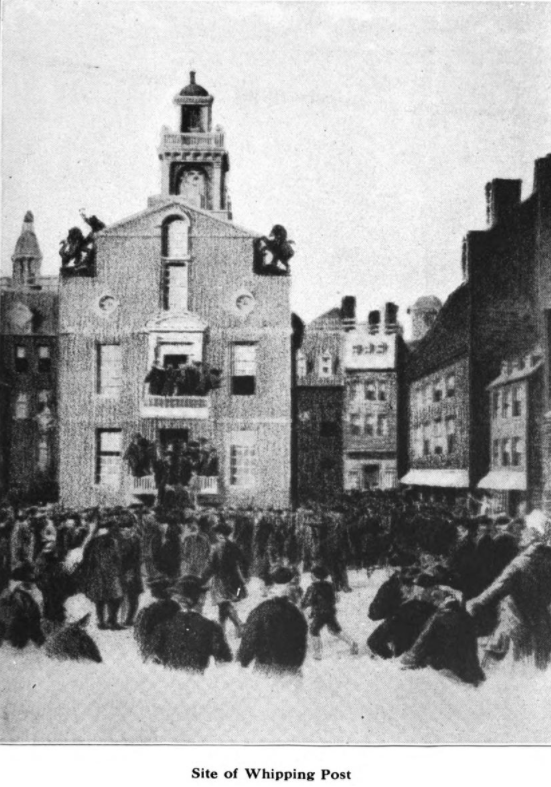 Obadiah Holmes was born in England and came to Massachusetts Bay. After adopting credobaptism (baptism by belief) as opposed to the Puritan pedobaptism (infants), he was evicted from Rehoboth, MA and joined John Clarke at his Baptist Church in Newport, Rhode Island.

On Sunday, July 20, 1651, Clarke, Holmes, and a John Crandall held a small Baptist service in the home of the old William Witter in Lynn, Massachusetts. Predating the First Amendment, unauthorized religious services were illegal and the three were arrested. Following trial, Holmes refused to allow a fine to be paid and was taken to the whipping post in front of the main church of Boston, and whipped thirty times. Holmes declared, “Ye have beaten me as with roses.”

Next to that spot, less than a century later, on March 5th, 1770, British soldiers opened fire on a mob that was harassing them, and five Americans were killed in the Boston Massacre.

Holmes is buried in Rhode Island.

“The whipping post was situated in front of the first church. (See Winsor’s ‘Memorial History of Boston,’ Vol. 1, p. 506; there are other authorities all of which agree.) The first church was located on the site of the present Brazier building No. 27 State St. The house of Rev. John Wilson was directly opposite, so that worthy could have a reserved seat in his chamber to witness and enjoy the castigation of Obadiah Holmes. At the next corner the ‘Boston Massacre’ took place. I enclose a photo of the end of the Old State House which looks down on the spot where the whipping post stood.”

Obadiah Holmes, The Baptist Martyr The Puritans Should Have Left Alone

In Newport Holmes became associated with John Clarke, and John Crandall, and with the Newport church. In 1651 William Witter, an elderly member of their congregation living in Lynn, Massachusetts, was too infirm to come to Newport, so the three men visited him on 21 July.[8] While Mr. Clarke was preaching to Witter and a small group assembled at his house, two constables arrived, arrested the three men for their religious beliefs and activity, and had them imprisoned in Boston the following day.[8][10] One week later their trial began, with the members of the court being Governor John Endecott, Deputy Governor Thomas Dudley, Richard Bellingham, William Hibbins, and Increase Nowell.[11] The guilt of the defendants was assumed, and any defense on their part was stifled. Even the Reverend John Cotton weighed in with denunciation for the prisoners, and the Reverend John Wilson struck a blow to Holmes while he was supposedly in the protection of the court.[11]

The result of the trial was that Holmes was fined 30 pounds, Clarke was fined 20, and Crandall five.[8] Clarke protested their heavy fines and Governor John Endecott replied that Clarke “deserved death” and “was worthy to be hanged.” Friends quickly raised the money to pay the fines for Clarke and Crandall, but as soon as Holmes discovered what was happening, he forbade the payment of his fine, as a matter of conscience.[12] On 5 September 1651 Holmes was taken to the town’s whipping post, and given 30 lashes with a three-corded whip.[13] Writing later about the event, Holmes related “…having joyfulness in my heart, and cheerfulness in my countenance…I told the magistrates, ‘You have struck me as with roses.'”[8] While he claimed to have felt no pain during the incident, he was so cruelly whipped that his companion, Dr. Clarke, wrote, “that in many days, if not some weeks, he could take no rest, but as he lay upon his knees and elbows, not being able to suffer any part of his body to touch the bed whereon he lay.”[14] Much later, Rhode Island’s Governor Joseph Jenckes wrote, “Those who have seen the scars on Mr. Holmes’ back (which the old man was wont to call the marks of the Lord Jesus), have expressed a wonder that he should live.”[15]

The authorities issued a new warrant to re-arrest Holmes, but his friends “defeated the purpose…by spiriting him away.”[16] Shortly after the incident, Roger Williams wrote a letter to Governor Endecott, making an earnest plea for toleration in matters of conscience and religion, but the letter failed to accomplish its objective.[17] Holmes returned to Newport and when Dr. Clarke left for England in late 1651, Holmes succeeded him as minister of the First Baptist Church in Newport, and he held this position continuously (sharing the position when Clarke returned) until his death 30 years later.[16] 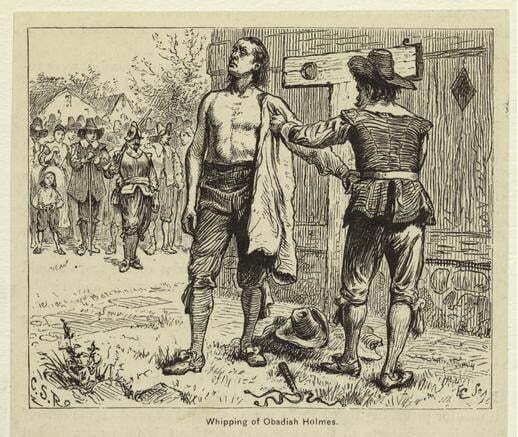 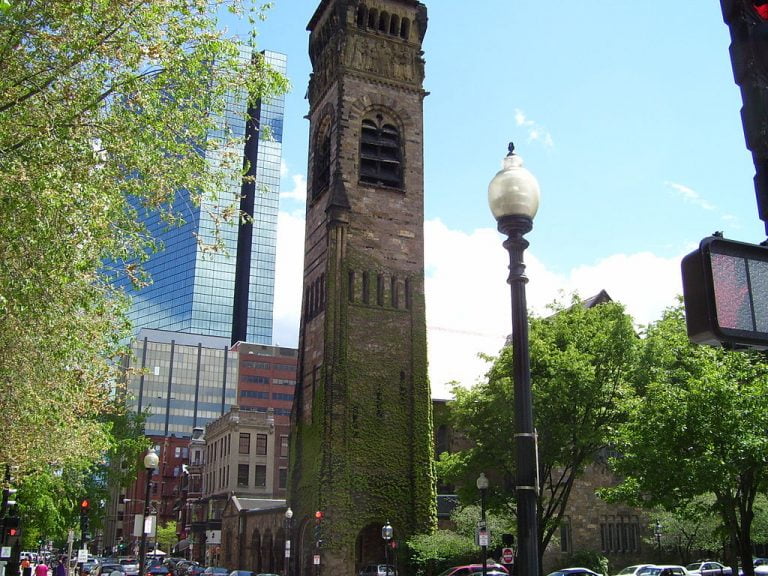 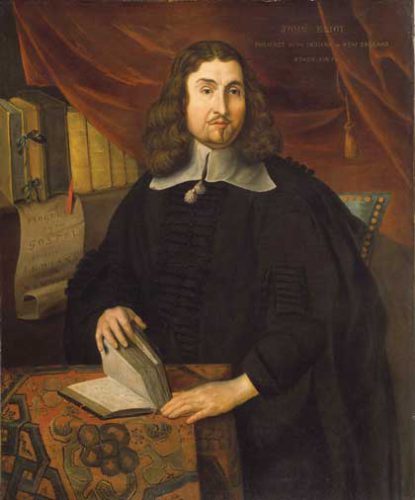 2.24 miles
No Reviews
Favorite
From Wikipedia: John Eliot (c. 1604—21 May 1690) was a Puritan missionary to the American Indians who some called “the apostle to the Indians”[1][2][3] and the founder of Roxbury Latin School in the Massachusetts Bay Colony in 1645. Produced the first Bible published in America Related Read more...
View all