In 1857, the California gold rush was in decline. The railroad bubble peaked in July. Business failures began in August.

The fashionable churches were moving north, but Jeremiah Lanphier lived in the nonreligious lower part of the city. Lanphier never married, and had no formal schooling to prepare him for ministry, but he was commissioned as a lay missionary of North Dutch Church (torn down in 1860s)

He found his ministry in prayer, and started a prayer meeting on Wednesday, September 23, 1857 at the Fulton Street entrance to the church.

Nobody showed at noon, so he prayed by himself. By the end of the hour there were five others. Next week there were 20, and 40 the week after that. By October the meetings were daily, and by the end of March over ten thousand were meeting for prayer meetings on a daily basis. Even ships approaching New York were hit with conviction before they could land. Over one million were born again in two years. D.L. Moody was already saved but motivated by the spirit of prayer in the revival.

On the 150th anniversary, a statue was commissioned for outside the American Bible Society, and in 2015 it was moved to The King’s College. 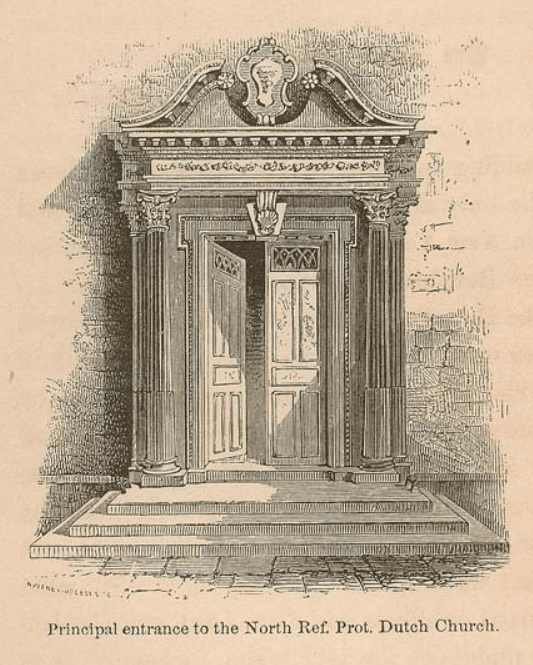 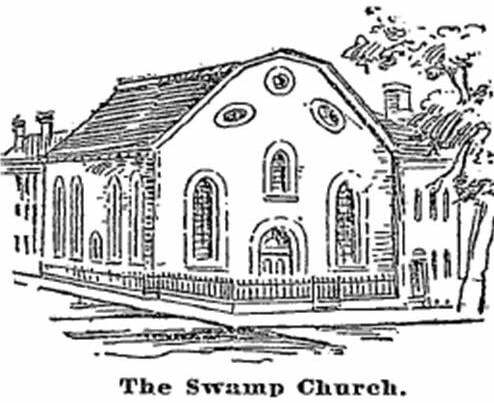 0.16 miles
No Reviews
Favorite
Frederick Muhlenberg, son of the “father of the Lutheran Church in North America,” Rev. Henry Melchior Muhlenberg, was the pastor of Christs Church, also known as the Old Swamp Church.   On July 2nd, 1776, Muhlenberg left the city. Following the Battle of Brooklyn Heights, sources say the church burned, likely during the Great Fire of New York City.   Read more... 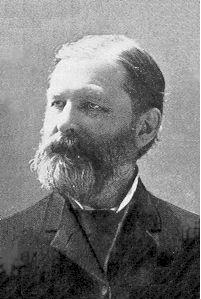 2.77 miles
No Reviews
Favorite
ROBERT LOWRY MARCH 12, 1826 – NOVEMBER 25, 1899 BORN IN PHILADELPHIA, ROBERT LOWRY WAS CONVERTED AND RECEIVED INTO THE MEMBERSHIP OF THE FIRST BAPTIST CHURCH OF THAT CITY AT THE AGE OF SEVENTEEN. ACTIVE IN VARIOUS AREAS OF SERVICE, HE SOON ACKNOWLEDGED HIS CALL TO THE MINISTRY. LOWRY ENTERED SCHOOL AT LEWISBURG, PENNSYLVANIA-NOW BUCKNELL UNIVERSITY. HE GRADUATED IN 1854, Read more... 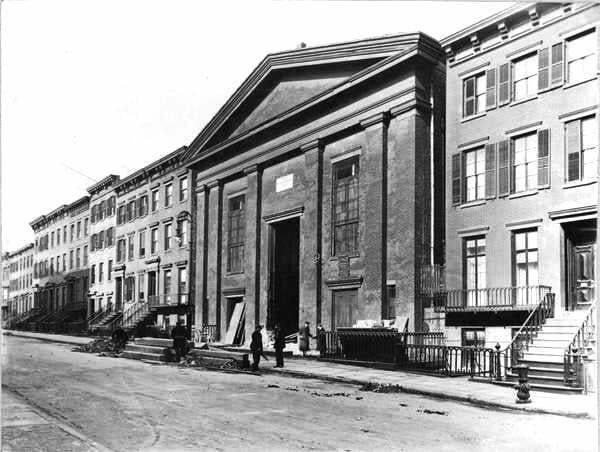 2.85 miles
No Reviews
Favorite
From Daytonian in Manhattan: Three blocks to the north, on Ninth Avenue between 33rd and 34th Street, the New York Asylum for the Blind had stood since 1831.  In 1839 it had taken in a 19-year old student, Franny J. Crosby, who quickly was recognized for her talent in writing poetry and hymns.  Fanny had been blinded by an incompetent physician at Read more... 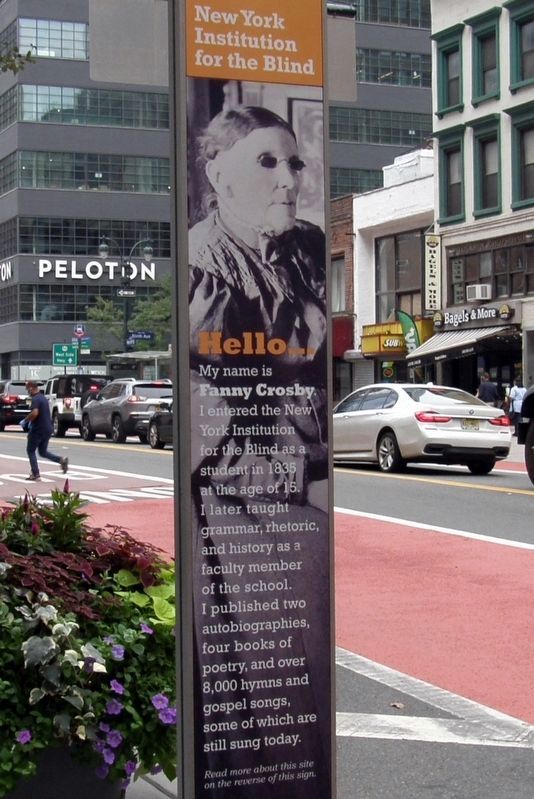 3.04 miles
No Reviews
Favorite
Hello… My name is Fanny Crosby. I entered the New York Institution for the Blind as a student in 1835 at the age of 15. I later taught grammar, rhetoric, and history as a faculty member of the school. I published two autobiographies, four books of poetry, and over 8,000 hymns and gospel songs, some of which are still sung today. Read more... 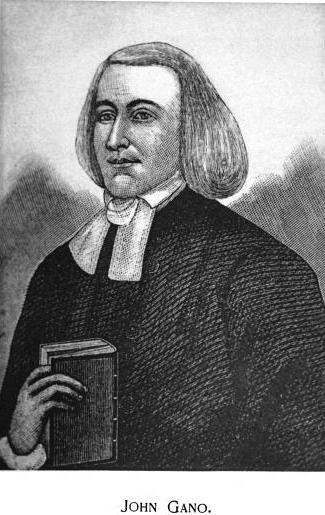 First Baptist in the City of New York